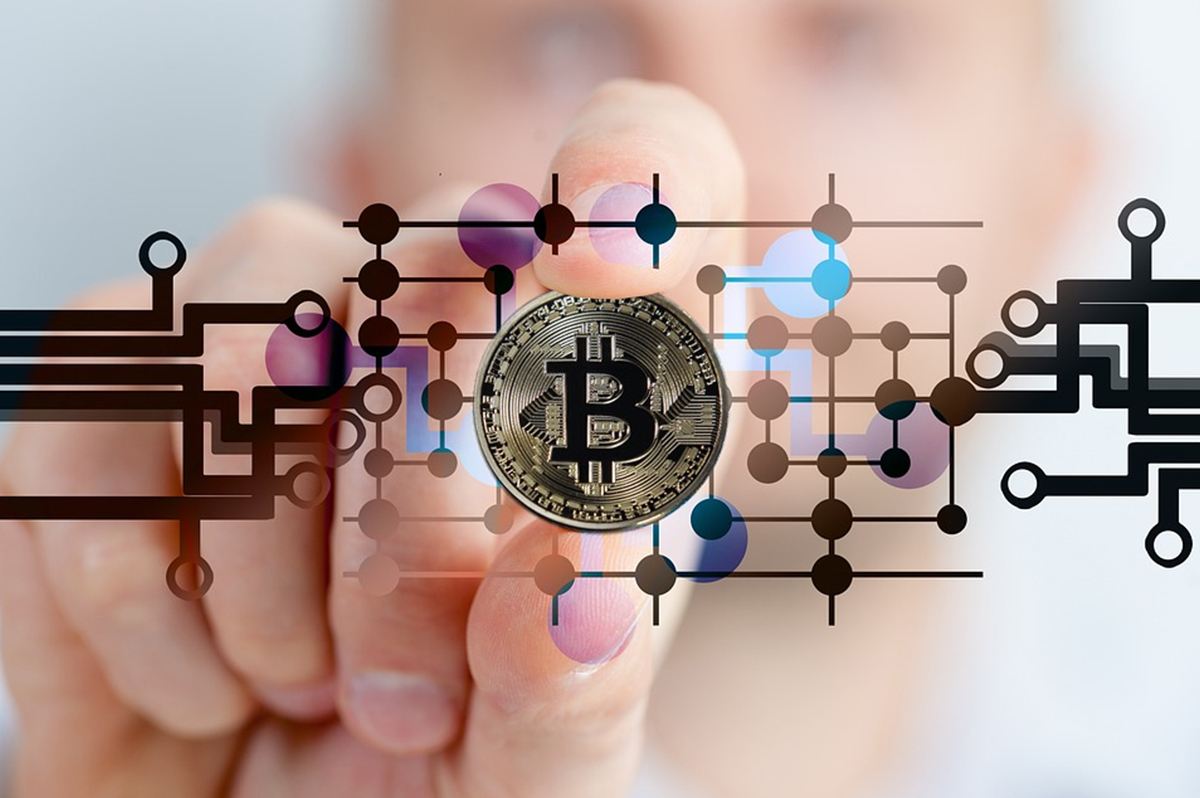 Role of currency is important since time immemorial. Every period, every state and every government thrived on its economy and role its currency played. Likewise, for 21st century which is thriving on internet and digital revolution, a similar currency structure is also taking place which we called Bitcoin and Blockchain network. Let’s have brief look at this technology.

Bitcoin is a digital currency useful in online buying and selling. It is equivalent to a paper currency. One thing that differentiate it from conventional monetary system is that it is decentralized. Bitcoins are not owned by any banks or institutions. They are based on a mathematical formula and everybody can participate in their making or mining. Basically they are based on an open source model. People who compete to solve these mathematical puzzles are called miners. In return they are rewarded in the same digital currency.

The best part about bitcoin is they are boundless and not tied to any particular system. They offer easy and cheap transactions without involving any service cost of banks or third party interference. Individuals, small business groups, companies anyone can use them to carry out trade. Those using them have their own ‘digital wallet’ which acts like a virtual bank account. While doing the transactions, only Digi-wallet ID is revealed in the public log and not the name of individual, hence, this ensures privacy.

A blockchain is a ledger book or record book for bitcoins that are circulated in digital transactions. A block is a record or a page of that book. Blocks progress in a sequential and chronological order. They contains complete data about the addresses, bit-coin balance and transaction start from the first block to the recently concluded one.

Decentralization: There is no central authority or single party involved in its creation and circulation. It is the consortium of computer networks that creates the chain. Based on an open source model the data is public and easily accessible. They have minimal threat from hackers as miners are constantly upgrading and securing the network for which they get rewards.

Power to Users: Individuals have better access and control of their digital currencies. Digital wallets are easy to set up without any tedious tasks involved like going to banks, filling up forms etc. They can be set up in few minutes on a computer at individual’s comfort zone.

Reliable database: Database is created in a timely, chronological and sequential manner. Without revealing name, identity or address of the person, it informs about the transaction history through digital id. This makes it reliable for both parties.

No intermediary: There is no third party involvement. Two clients can buy and sell without any costs involved or interference from any financial institution.

Quick transactions, low cost: Online transactions happen faster. Money can be transferred to any part of world in minutes. As there is no third party involvement, transaction costs are minimal.

Transparency: A blockchain can be viewed by all parties and all transactions are permanent and created in public log, the network creates more transparency and durability.

As our cities are heading towards a smart infrastructure based on the internet of things (IOT) and digital technology, usage of smart currency can add impetus to their growth. When every sector of society, whether it is healthcare, energy, banking, government projects everyone is utilizing online and digital space. A decentralized currency network like blockchain can have innumerable benefits. Some are explained below:-

Financial Sector: With above mentioned benefits and internet storming every aspect of our lives, leading public-private banks are forming alliances to strengthen blockchain network and solutions. Companies like Microsoft, IBM are developing cloud based blockchain services. Financial deals pertaining to high risks and costs can utilize distributed ledger technology. Due to reliability, durability, disintermediation factors businesses can benefit from this technology.

Media Sector: The use of blockchain can help media industry in securing creative and intellectual property rights. This will give artists their due in a timely and just manner, without interference by any third agency. Companies are bringing technologies that will help Blockchain support internet of things (IOT) devices. Due to secure, disintegrated network it will help media and creative groups to authenticate and attribute the original source. Digital transactions, smart contracts, electronic signatures, micro metering are few things which will help the segment tremendously.

Travel Sector: In travel industry, blockchain can help in maintaining travel points accrued by frequent flyers or loyal customers. The moment flyer enters the plane his bonus points are transferred to his digital wallet. This will help in cashing them whenever required, whether for in-flight purchases or any other travel deals. Better management of traveller’s data across all channels will simplify the tour and travel itinerary for both parties.

Health Sector: In Healthcare blockchain technology can help in storing patient’s records and billing history, medical purchases and orders. The assured nature of blockchain technology will ensure security of records. As transactions cannot be reversed, payment structure will be reliable. Also it will be easier for patients, insurance companies and hospitals to maintain their records and avoid any duplicity.

Majority governments are creating digital Identity number for their citizens. They are linking it with tax payments, government schemes, pension schemes and government subsidiaries. Blockchain and digital wallets will help in in maintaining these transactions and public records efficiently.

Energy Sector: Energy companies can use this technology for smart or digital meters. When linked with these meters, consumers can pay their electricity bills digitally for electricity consumed on hourly, weekly or monthly basis. Both smart meters and digital currency will help people manage their bills efficiently.

Corporate Sector: Blockchains can help in creating smart contracts, smart audits and improved cyber security. Based on a safe and transparent network there is less room for manipulation of data or records.

For any new technology to succeed, there are few hiccups initially. There are many countries which have legal bitcoin currency. These include developed countries like United States, United Kingdom, European Union, Canada, Australia, and Japan. Meanwhile, there are countries like China, where individuals can deal in Bitcoins but are prohibited in banking and financial institutions. Countries like Russia, Vietnam, Bangladesh, Ecuador have a total ban on this currency. Challenges which are making few countries apprehensive of this technology are following:-

New technology: Digital currency and its usage is still in the developing stage and face many unresolved problems. To tackle problems regarding verification processes, transaction costs, data limits it needs constant developments.

Security and Privacy issues: Even though digital currency or block chain technology ensures secure or private transactions, there are still many loopholes which needs to be addressed regarding strong encryption, transaction details, personal data sharing etc.

Regulatory system: Monetary system of any country is a domain of its national government. An effective regulatory body along with the help of financial institution can help governments in tackling bitcoins misuse in transferring black money or criminal activity funding. Like any new and innovative technology needs support, bitcoins and blockchain should receive support from respective governments.

Public Awareness: The technology is yet to reach common masses, especially in developing nations. People are accustomed to age old currency systems. It would take lot of time to shift their focus towards a more decentralized, online based currency system. Also many governments need to legalize them in public transactions.

Initial Costs: Though blockchain would minimize cost and time in transaction process, but to make an initial shift require lot of capital and resources. Companies have to shift their models to a completely new form of technology driven monetary system. Also blockchain consumes lot of power as miners constantly work to validate transactions. For banks a lot of income is generated through transactions, blockchain with negligible transaction costs would mark a dent in their income.