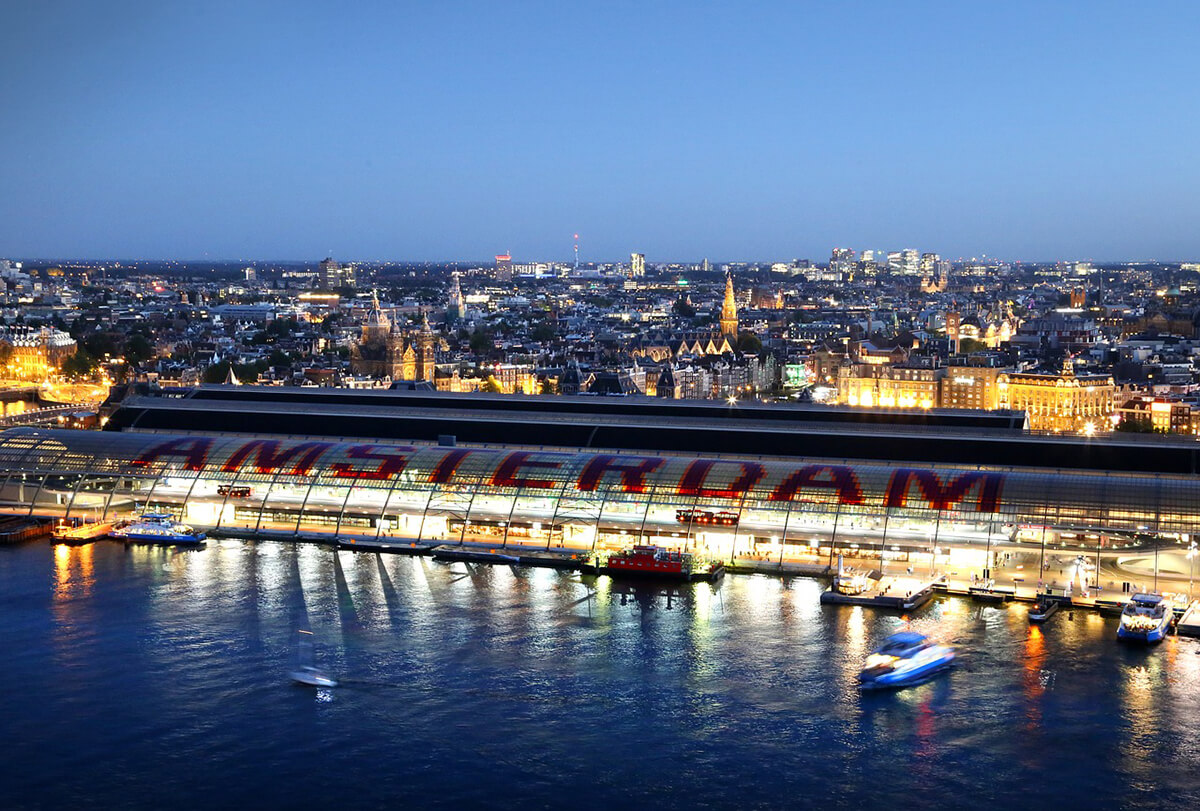 The variety of smart city initiatives taking place in Amsterdam represents the multidimensional approach of developing the city into a high-tech arena. It is not just the government who is taking big leaps to mold the future of the city. An encouraging number of talented people from multidisciplinary fields of science and technology are volunteering in contributing towards the growth of the city in myriad ways.

These amsterdammers, having achieved a big deal of breakthroughs in their own subjects, haven’t stopped at it. For, they believe there is always room for improvement in what they create and achieve. So, let’s discover the phenomenal initiatives undertaken by the people of Amsterdam.

From The Universities Of Amsterdam

A team of researchers at the Institute of Environmental Studies(IVM) situated in Vrije Universiteit Amsterdam and Research Institute Deltares have been working on creating a new global dataset that can serve as a mapping tool in protecting the millions of people who live under the flood-risk zones.
The new study conducted by the team was released in 2016. Across the globe, there are 600 million people who live in low lying areas where rising sea levels is always a risk. To examine the risks of these areas more accurately and vigilantly, a new global data set has been created with an increased level of accuracy and details. The data represents the minute details of the entire coastline surrounding the globe. This newly developed dataset is referred as Global Tide and Surge Reanalysis dataset (GTSR).

The dataset is acquired from the global hydrodynamic model which was recently developed by Deltares. Assessment of the floods at the regional level is done by a hydrodynamic modelling with a state-of-the-art method. But, at the global level, this is the first time a dataset has been ameliorated with a more wide and clear approach.

The new global dataset created by Amsterdam will be of great use to smart cities and other regions to evaluate the possible dangers related to catastrophic floods and rising sea levels. It will also guide in ascertaining areas currently at the risk of floods. Moreover, it may also be used in finding out the impact of rising sea levels in a region. The first application of this dataset by the researchers has revealed that currently, 76 million people across the world are living under a potential exposure to 1-in-100 year flood. The most thoughtful part of this development is that the global dataset is available online as an open-access dataset to encourage other researchers and policymakers to make use of it.

In future, the research team will work on improving the dataset with a better approach.

Amsterdam Institute for Advanced Metropolitan Solutions and Wageningen University & Research established a new project which is known as the ‘urban pulse’ or the ‘urban metabolism’. The word metabolism is used as a metaphor to represent the city as a living organism. According to the project, thorough understanding of resource flows within the city is crucial for sustainable management of these resources. Thus, the project aims at analysing the urban resource flows with a better comprehensibility.

One such method has been described by the Eurostat(statistical office of European Union) which is called the material flow analysis(MFA). However, the team from Amsterdam introduced a modification in MFA to widen its applications and improve its usage for an effective use by the managers of the urban resource management.

The team of researchers from Amsterdam carried out the findings(taking Amsterdam’s resource flows of the year 2012 into consideration) by implementing both the original MFA from Eurostat and the modified MFA created by them. The comparative analysis revealed that there were 3 significant benefits received from the new version which is as follows:

Sytze Van Stempvoort, Chemistry graduate from the Betagamma programme at the University of Amsterdam(UvA) pioneered in converting orange peels into valuable raw materials after being a part of the chemistry research project of Orange Peel Exploitation Company (OPEC) at the Green Chemistry Centre of Excellence at York University.

Based on the fact that Netherlands disposes of away(either by incineration or fermentation) 250 million kg of citrus peels every year, in 2016 Stempvoort started his own startup company ‘Peelpioneers’ – the one-of-its-kind citrus peel biorefinery. As a chemistry student, he knew that orange peels or any other citrus peels contain a lot of precious compounds such as aromatic essential oils, fibre and pectin which are of great industrial use. Leading from there, he expanded his company. Thus, giving a kick-start from March 2017 onwards, a team of six pioneers started treating 200 kg of the citrus peels to extract essential oils. The team deploys an organic and mechanical process to draw out the valuable raw materials. Later, the leftover material is used in making hand soaps of organic quality.

At present, the Peelpioneers are aiming at becoming the leading peel processing industry in the world. These young talents in Amsterdam are not only contributing towards managing the fruit waste effectively, they are forging ahead by making Amsterdam more environment-friendly and sustainable.

E-scooters Are On The Roads Of Amsterdam

Lately, Amsterdam has come up with its amazing start-up initiative that is ready to change the urban mobility system in the city. In the mid of 2017, co-founders Maarten Poot and Quinten Selhorst along with informal investors, Helmstadt(operational partner) and Govecs(leading e-scooter manufacturer in Europe) launched the e-scooter named as ‘felyx’ in Amsterdam.

Felyx is an e-scooter that is meant to reduce the automobile emissions and curb the usage of cars in the city. This initiative encourages people to share the e-scooter and reduce the polluting means of transportation.

The e-scooter connects with the commuters through an app which displays the location of the nearest e-scooter junction. Next, the mobile app is used to actuate the e-scooter. With this, the e-scooter felyx can be independently parked at any given destination. The journey on the road with felyx starts and ends with just a click through the mobile app. Furthermore, the company was committed to making e-scooter available at a walking distance of three minutes by July 2017.

The new concept of merging the latest technology with sharing economy, environmental opportunity and sustainability have proved to be the best smart mobility system for a city like Amsterdam. The e-scooter offers e-riding with highly performable speed, convenience, and affordability.

The core ambition of the launch of felyx is to enhance the quality of air and mobility. This forward step taken by the amsterdammers will significantly reduce traffic congestion, cut down on fossil fuel consumption and improve quality of the environment.

The exceptional dedication and hard work of the people of Amsterdam symbolises a milestone in the smart city history of the port city of Netherlands.