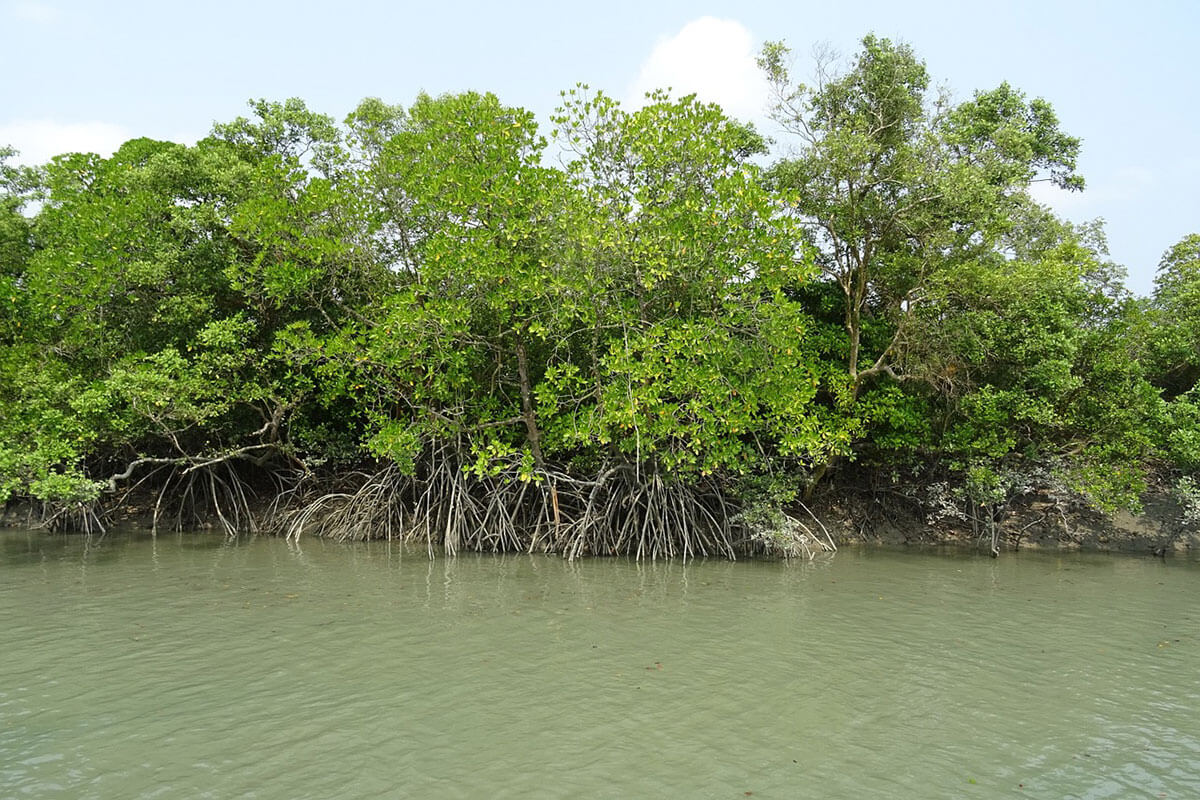 We, humans, have mostly built things which disturb the natural ecological balance of our Earth. Fortunately, we are now acting against our interference with nature. But when you closely look around how nature is (and can) compensating for our deeds, you will see that our initiatives are just like a drop in the ocean (though we shouldn’t stop). It will take decades for our environment-friendly initiatives in smart cities to bring a sustainable change – until we take aid from nature – and do it together!

One such incredible contribution to fight climate change comes from mangrove ecosystems. Mangroves, that are not so attractive and rather under-valued vegetations are one of the most carbon-rich habitats on earth. They absorb carbon dioxide eight times more than any other ecosystem on earth. They include trees, palms and shrubs that are generally found near coastal regions, marshes and riverbanks. Additionally, they serve as habitats for diverse species including birds, aquatic animals, and other essential plants. Mangroves provide natural protection to storms and monsoons while preventing soil erosion. According to a forest and climate change expert, Tim Christophersen, preserving mangroves is critical for the climate resilience of the world’s coastline because they act as barriers for rising sea levels, frequent and powerful storms and saltwater encroachment into potable water.

However, the urban shifts have been endangering the essential and sensitive ecosystems. The mangrove population is dramatically decreasing in some regions due to increasing pollution in the atmosphere. According to experts, the widespread loss of mangroves means loss of hundreds of billions of dollars worth of potential benefits. A collective report published in Lima by the Centre for International Forestry Research (CIFOR) and UNEP reveals that the economic cost of the destruction of carbon-rich mangroves is $42 billion per year, globally.

Therefore, it is important that policies are developed to conserve and restore mangrove vegetation. Essentially, the focus needs to be on the areas where the loss of mangroves is drastic. But luckily, some urban planners, conservationists and ecological researchers are working on restoring these ecosystems and conserving them with additional amenities around. Surprisingly, this is happening in the heart of some of the smart cities around the world.

Mangrove vegetation is an amazing example of productive ecosystems. The forest consumes a huge amount of carbon dioxide and passes it to trees and shrubs for further growth. Later, when organic matter dies, a part of it converts into sediment beneath the mangrove forest. Consequently, carbon remains here as a semi-decomposed plant matter and is not capable of going back into the atmosphere. Hence, mangroves serve as giant storage houses for carbon.

In addition, the roots of mangroves beautifully grow both below and above the ground. This trait helps in adhering and building the sediments which eventually works as a vertical barrier against rising sea levels. Without a doubt, mangroves can help protect us from extreme weather conditions that may occur with climate change. 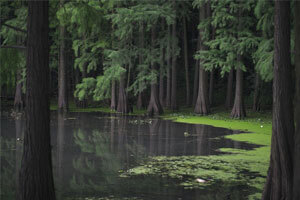 Mangrove forests are typically found in tropical and subtropical zones as they need a hot and humid climate to flourish. Considering the above statement, an ironical factor comes to light. On one hand, pollution is depleting these ecosystems and on the other hand, climate change may be benefiting these habitats. Recently, a research found that mangrove trees could be adapting to climate change by growing beyond their normal range. These possibilities are promising as rising temperatures are moving from equator to the poles of the globe. This means that global temperature rise is capable of expanding the growth range of mangroves beyond the tropical and subtropical regions. So, with that, we can say that mangroves can prove to be role players in the long term as cities adapt to increasing climate change.

Gazi village, a small settlement about 30 miles south of Mombasa has its territory extending up to the edge of a mangrove forest which finds its way into the Indian Ocean. The mangrove forest is the only resort for the residents to use it to build houses, boats, furniture and as firewood. Besides, the people of Gazi and the neighbouring village Makogeni make their living by trading fish near the shorelines.

But every rainy season, people leave their fish trade aside and collaborate to plant mangrove trees. This is a communal practice in which one member from every family participates. Thanks to the community organisation that began in 2009 with the aim to restore the mangroves that had been degraded by licensed commercial loggers, chalk manufacturing industries that used mangroves as firewood and community activities.

The community organisation was the result of research conducted by the Kenya Marines and Fisheries Research Institute which has an office in Gazi. For over a decade, researchers worked on the reverse degradation of mangroves and educated villagers about the benefits of mangroves while encouraging them to engage in the restoration.

So, from the day people began protecting and restoring mangroves, they are able to harvest more and more fish. Fishermen from farther places like Pemba come here to fish. The deep-sea environment is not favourable for fishes, so in the shelter of mangroves, fishes breed as they get protection against strong water currents and predation, as per a researcher at Kenya Marines and Fisheries Research Institute.
Restoration of the mangroves is important as they not just secure sustainable livelihood for the inhabitants but also reduce the impact of climate change.

The Mangrove Restoration Initiative In Shenzhen

Shenzhen, the fourth largest city in China witnessed its mangrove forests depleting from 530 hectares to only 130 hectares. Naturally, this also impacted the fauna living in the habitat. In a matter of few decades, the city’s green areas transformed into manufacturing zones which affected the local environment and the quality of life. Looking into this matter, the government of Shenzhen collaborated with SWA Group to redevelop the Shenzen’s bay.

In the process, Shenzhen restored its waterfront and brought the natural mangrove vegetation back while constructing an important public amenity in the surroundings.

Now, the city is working on building the first mangrove museum covering an area of 61,000 square metres. This is a joint effort between the State Forestry Administration and the municipal government of Shenzhen. The new mangrove museum will house world-beating mangrove education and research centre and support international forums. Additionally, it will display China’s achievement in protecting and studying the mangroves and exhibit all types of mangrove species from around the world. The new museum is expected to have about 2 million visitors annually.

The initiatives taking place in Shenzhen are already making the city being recognised as a livable city. 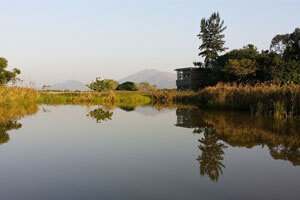 Hong Kong came up with a creative program to replenish the lost mangroves while enhancing promotion and awareness about the species for residents and visitors. To bring the program into a tangible reality, Hong Kong has a 64-hectare Wetlands Park that has become one of the most popular tourist destination and natural contrast to the smart city’s skyscrapers.

Wetlands Park is a recreational site that proudly showcases its mangroves by creating an adjacent floating boardwalk, especially for the purpose of viewing and interacting with four species of mangroves out of eight found in Hong Kong. Along with the mangroves, there are numerous species of birds, fishes and other wildlife that form one of the major attractions. More importantly, the Wetland serves as an eco-defence factor, while beating the climate change.

With this, it is important to understand that nature can bring environmental sustainability at a faster pace than anything else, especially when the world is facing escalating environmental challenges.