Take a pause from your busy life and look at our planet’s incredible sustainable natural cycle. Have you ever given a thought that our planet wouldn’t have lived billions of years without this natural cycle where the excretion of one living species tends to be another’s food – a natural zero waste management system.

But with our unthoughtful waste management system where waste is dumped or incinerated, can we expect our dear planet to breathe for some more generations to come? Definitely not! Hence, a ray of light led to the popularity of zero waste management shifting it from theory to action.

At the most basic level, zero waste management is about reducing, recycling and reusing the resources instead of sending them to landfills and incinerators – eventually eliminating waste completely. It refers to a process that aims at guiding people to change their lifestyles so as to emulate sustainable natural cycles, where all the discarded materials are reused as resources again. But this concept doesn’t stop here. It goes beyond, offering a global wholesomeness to human beings.

Let’s begin understanding the big picture of zero waste management with its benefits.

Our current method of production and consumption that requires extraction of raw materials from nature leads to pollution. Whether it is logging of forests, drilling of oil or mining of minerals, an enormous amount of energy is involved that causes pollution. After consumption, the end products are sent to landfills and incinerators. But in the case of zero waste management, those end products are reduced, reused and recycled eventually leading to the production of fewer products, conservation of natural resources and reduction in pollution levels.

The zero waste concept helps in bridging the social inequality gap. It enhances the capacity of a community, addresses the problems faced by poor communities and ultimately protects community health. For example, community projects based on zero waste management help in redistributing useful goods to those in need including the donation of leftover food used furniture to refugees or even circulation of business uniforms for newcomers in the job market.

The key element of a circular economy is zero waste management, where one individual’s waste is turned into a resource for another. Starting from the collection of waste, to recycling to the delivery of a new product out of it, a series of processes are involved that create green jobs. Reducing and reusing products lead to the creation of more green jobs like rental and sharing business, tailoring, reuse business and repair. Some popular smart city examples are car-sharing, tool rental etc. The added benefit to this is that local money spent on local jobs circulates within the community building more sustainable and robust communities.

Zero Waste Initiatives Led By Smart Cities In The US

Cities are now realising the phenomenal significance of zero waste concept and embracing the same to build better communities – or in true sense the real smart cities. The focus is not just on paper or plastics, but also the most conspicuous landfill-bound items like food waste and other organic materials. From landfill bans to source separation incentives and mandatory composting, a wide range of initiatives have set the wheels in motion in some of the smart cities. So, let’s have a look at some of the smart city initiatives and try inspiring ourselves.

New York, the largest city of US, shares a vision of achieving zero waste by 2030. As a part of this goal, the city is fostering community composting, usage of anaerobic digesters to process food waste, reduction of commercial waste disposal and increase in curbside organics collection. A one-third of the waste produced in New York city is organic. Hence, such initiatives will help the city to curb disposal of organic materials.

Back in 2013, New York conducted a voluntary commercial food waste diversion program with local restaurants. This effort lead to the reduction of 2,500 tons of organic waste in the city.

On January 1, 2015, the city of Seattle announced a city-wide food waste ban. After a year in 2016, the city along with the University of Washington School of Public Health prepared a Food Waste Prevention and Recovery Assessment Report that recommended how the city could reduce food waste and develop standardised food waste metrics.

A Seattle-based company, Coffee Flour converts its byproducts into a superfood that is high in iron, fibre and antioxidants. It can be used in making foods like waffles, caramel sauce and gnocchi. 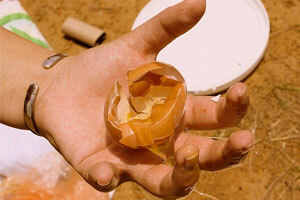 Fort Collins revealed a zero waste goal in December 2013. It aims at diverting 75% of waste by 2020, 90% by 2025 and zero waste by 2030. In line with the goal, the city promoted the Good Samaritan Act and supported the county food bank with transportation requirements and supplies.
Efforts made by the city encouraged local businesses to focus on waste reduction as well as diversion. One such example is New Belgium Brewing that diverted 99.9% of its waste from landfill in 2013 and is now currently moving beyond.

The city of Austin in Texas aims at reducing waste to zero percent by 2040. A diversion study carried out by a third-party firm on local residences and businesses revealed that food waste accounts for 20% of the waste going to landfill. And that it could be diverted if separated and composted.

Beginning in October 2016, the city mandated food enterprises larger than 15,000 sq ft to have an organic diversion program. Going further, the initiative will come into effect for all the food businesses in the city by October 1, 2018.

LA has released a list of food recovery resources that help food establishments to reduce their waste and comply with regulations. The impact could be seen as Pulp Pantry started selling veggie crisps, granola and baking mixes from leftover fruit and vegetable juice pulp. 100 pounds of pulp is recovered from local juice shops every week. 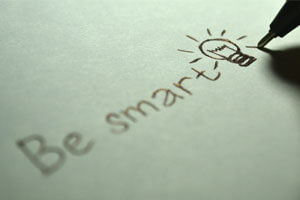 Zero waste management is one of the quickest and most efficient ways to address some of the greatest environmental, social and economic challenges at the local level. But to achieve the desired success, engagement of community (be it urban or rural) is crucial. Communities, local government officials, businesses and organisations and individual citizens need to come together – understand each and everybody’s role correctly to drive the right change. Together, they need to learn lessons, use available tools and act towards taking the first step ahead – no matter big or small. And to support the powerful existence of a zero waste management system, effective policies, financing structures, incentives, and regulations are equally important.

Today, cities all over the world are striving to combat the most prominent environmental, social and economic problems. If analysed closely, zero waste management offers one of the most attractive and cost-effective opportunities to address the problems within a community – bringing a big change in a short time span. Cities need to learn the fact and understand that the challenges they are trying to fight with can easily be overcome by zero waste management. This is not just a concept but a roadmap for cities to convert into smart cities.

Let’s not eliminate waste, let us eliminate the concept of waste!

Commercial Waste: Your Guide To Disposals

Eco-Friendly Design: How to Make Your Hotel Greener