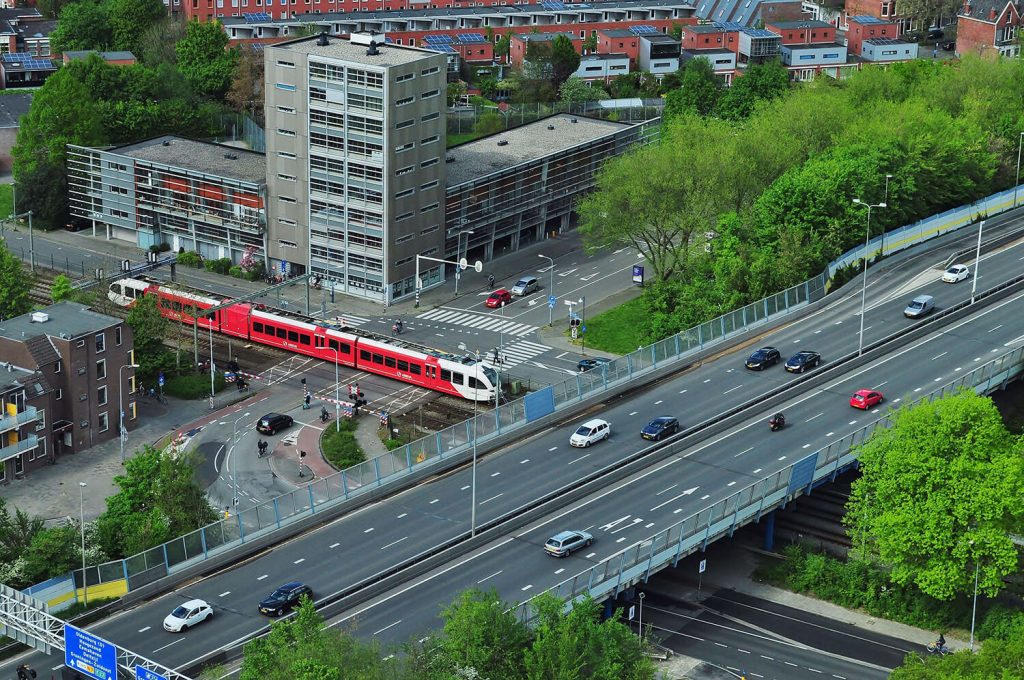 Life in cities has turned into a rat race. People want every minute to be productive and worthful. In the midst of these necessities, travel duration, traffic congestion and safety is the biggest matter of concern among people. To meet the demands of growing population, technology is paving the path for a new phase of transport system which would be faster, smarter, safer, recreational and of course eco-friendly. This advanced technology already exists in the form of bullet trains and high-speed maglev rails in smart cities around the world and yet, it’s unprecedentedly opening doors to a vehicle which would move faster than jet planes. Sounds implausible, isn’t it? It won’t if you continue reading the facts ahead.

Trains have witnessed a drastic evolution with regards to speed since the United Kingdom’s first journey ever through Coalbrookdale Locomotive to the latest Shinkansen of Japan. Supersonic trains are the biggest hope in cutting down travel time, traffic congestion, ever increasing road accidents and addiction to oils. Some of the smart cities around the world are already taking the benefits from these speedy transport system. Have a look at the track revolution in smart cities. Shanghai Maglev – This train of China is one among the fastest trains globally. Its operational speed is 430 kmph. It runs on the mechanism of magnetic levitation (maglev). The tracks are configured with metal coils and powerful magnets which propels the train. AGV Italo – This European train has beaten the record with exceeding speed of 574.8 kmph. The speed is determined by the traction system. The train has successfully complied with European interoperability standards(ETSI) Japanese Shinkansen – Famously known as the bullet train is one of the most successful high-speed rail up to date. It commenced its maiden journey in 1964. Subsequently, the Shinkansen has seen revolutionary evolution in recent years. The modern Shinkansen has curtailed the travel time between Osaka and Tokyo to 2 hours 25 minutes instead of 4 hours. Average speed is 300 kmph. The most significant aspect to remark is, Shinkansen has faced a delay of just 36 seconds till date and has never faced a fatal accident so far with passengers onboard. This truly inspires the world to make more such Shinkansens and rule out the over usage and the problems which arise from roadways and airways.

US is so much addicted to cars and airplanes that bullet trains are yet to come on tracks. According to reports, the government spends major amount of money on roadways and airways and are left out with nothing to spare on railways. However, US is currently planning to construct a high-speed rail network connecting every city together – considering the coastal regions an integral part of the project. The train will resemble the Eurostar level trains with average speed of 200kmph. It’s the beginning of a new era in US history. Features – The train will accommodate passengers and light cargo. A specific ambience will be added for business and leisure travels. The compartments will consist of seat configuration wider than airplanes, a lounge, dining cars, business cars, sleeper cars, internet service and retail services.

Wisdom of innovation in technology is incomprehensible until that new wave of thought materialises. Same thing holds good with the hyperloop phenomenon. Hyperloop train is the next generation travel system which is going to be the fastest mode of transport in the world. Faster than the conventional airplanes. The idea of hyperloop is a brainchild of the billionaire entrepreneur and founder of SpaceX, Elon Musk. In 2013, Musk laid out the idea of fabricating a 600 km route from Los Angeles to San Francisco at the average speed of 960 kmph. He intended the 12 hour long journey to cut down to just 35 minutes. But two US based companies namely Hyperloop One and Hyperloop Transportation Technology are competing to convert the idea into reality. According to company plans, the hyperloop will consist of ‘hyperpods’ which will move through long tubes. The pod will start moving using an electric propulsion and will accelerate at speeds as high as 1200 kmph(as fast as airplanes) under the influence of magnetic levitation which will make the pods drift slightly above the tracks. Businesses will have separate pods built for mobile conferencing. There would be a special emergency care pod to move the patients quickly to the hospital. Estimates reveal, approximately 164,000 passengers can be accommodated daily.

The hyperloop tubes will be built underground. This will eliminate the risk of collisions, traffic signals, direct emissions, noise, delay, weather problems and pilot error. As a matter of fact, the hyperloop can also be constructed over the ground with raised pillars. The system will run on renewable energy and will be cheaper than airway expense. So the world has all the reasons to build a Hyperloop system.

Mission Hyperloop One In Dubai

In Nov 2016, the Los Angeles based company Hyperloop One signed a collaboration with Dubai’s Roads and Transport Authority (RTA) to discover the possible routes in UAE for the first Hyperloop train construction. On successful launch, the trip from Dubai to Abu Dhabi will take just 12 minutes as opposed to current duration of two hours. Other journeys would be as follows – 23 minutes from Dubai to Doha, 27 minutes from Dubai to Muscat and 48 minutes from Dubai to Riyadh. This would be factually a giant leap in terms of smart mobility. Josh Giegel, co-founder of Hyperloop One stated at a conference that, “ Our team of more than 150 engineers, technicians and fabricators have been transforming what was, just over five months ago, a barren stretch of desert, into hive of activity and now home to the world’s first full-scale hyperloop test site”. The mission would take about 5 years from now for completion and most probably Dubai will be the first city to leverage the benefits of Hyperloop.

India Is On The Same Track

India is looking forward to venturing in cost saving travelling projects that could be safer, faster, cheaper and capable to connect all metropolitan cities. For the same, Hyperloop Transportation Technologies has put forward a formal proposal to India’s Ministry Of Road Transport and Highways for establishing an ultrasonic hyperloop system across the major cities. India has already signed an agreement with Japan for constructing a high-speed rail network between Ahmedabad and Mumbai. It is evident that India too is vigorously involved in taking a progressive step ahead on changing the world for better.

In 2011, Silverrail Technologies, a ticket booking technology startup carried out a survey analysis on more than 300 regular travellers belonging to North America and Europe. According to the reports, 90% of the citizens were interested in having a rail option available along with a flight option while booking for travel. 79% answered they wish to choose trains instead of planes if high-speed option is given. 61% said they would prefer trains over planes at the same cost or better. 66% agreed to volitionally spend an hour or more of overall journeying time to get relief from bothersome long lines, airport security checks and baggage customisation. Be it the high-speed trains or the Hyperloop, both are distinctively expedient than any other transport system available. Airplanes are outdated. Despite the theoretical facts and figures of Hyperloop, as I told, ‘wisdom of innovation in technology is comprehensible only after it gets materialised’. So, wait for the future to come. Till then work out on the wave of thought that strikes your mind.

Solar-powered Transport Hubs in The World

In What Ways AI Is Helping Us Combat COVID-19?