The big cities of the modern era are singing new tunes of smart city trends – constantly discovering new ideas and ingenious innovations that can fortify the future of these urban areas that consume 75% of the globally available resources. One among these cities is the capital of Germany, Berlin, where a mix of smart initiatives are hooking up businesses, government, citizens and smart city managers to achieve a series of benefits from the ever-advancing information science and technology.

Owing to its smart city strategies, Berlin is ranked among the top 3 cities in Germany and among the top ten cities of Europe. Despite having undergone an arduous period in history and financial crisis, the city has exhibited a great number of achievements worthy of attention.

Berlin has showcased a tremendous rise in its smart space which reflects in how the people of Berlin are living today.

Smart Homes – As per the research studies of Interhyp, released in 2016, more than 6% of the German residents(that includes Berlin) live in a house fully equipped with smart technology comprising smart meters, sensors, electronic devices, and appliances. Moreover, 32% of the German population does not dream about the home that’s not smart! It’s the positive willingness and joint effort of people giving a stimulus to the smart city trends. 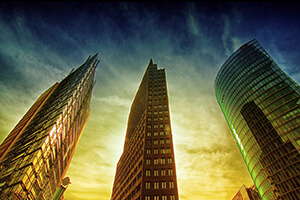 The houses and buildings in Berlin have been tracked for progress since two decades. Owing to the fact, the energy consumption per year has incredibly reduced from 150 kWh to 80 kWh per square metre. The energy consumption of the residential buildings is ranked below the 30-city average – making Berlin the best city in Europe for its building infrastructure.

Furthermore, the city’s Senate’s Department of Administration for Urban Development launched ‘The Berlin Solar Campaign’ in 2000 to support the cause of using clean renewable energy through subsidies offered for installation of solar panels. This initiative was financed by the Investitionsbank Berlin (IBB) for £2 million.

Smart Mobility –  Berlin is the most populous city of Germany with a demographic corresponding to 3.7 million and more. This is a precondition that calls for an increased network of a transport system that reaches every individual across the city. For the same, Berlin has a complex yet effective transport system that relates to the mobility systems of London.

Recently, to enhance the way people commute, Berlin launched its electric cars in the name of ‘BeMobility’. Today, there are more than 2,000 cars running on the roads of Berlin with facilities of charging at several charging stations and permission to drive on the specified bus lanes. The government is giving in greater investments to improve the transport infrastructure of the city. In future, the government envisages that the German roads will have up to 1 million electric cars transforming the significance of commutation by 2020.

Smart Waste Management – The green approach to recycling and reducing the waste in Berlin goes back to the year 1999 when a federal paper was found externalising waste recycling by 100% towards the end of the year 2020. Today, Berlin outperforms the 30-city average of 18% by recycling 35% of the waste generated in the city. All the more, a waste management company Alba has lately developed a waste system which collects food waste from the restaurants, reduces the waste to 40% by extracting water and sends it to biogas plants for further treatment. This program is being executed in Potsdamer – an important area of Berlin.

Smart Lab – In 2013, the Technical University (TU) of Berlin established an urban lab in the city to underscore the benefits availed through smart technology. The lab is not a mere technical platform that offers to experiment and invent. Rather it’s a socioeconomic junction that enables scientists and researchers to determine the political, social and health-related aspects of the city that can be improved by implementing new tailor-made smart technologies. Further, TU has set up a multidisciplinary brain trust that allows an increasing number of professionals to work on solutions that will make Berlin a carbon-neutral city by 2050.

The official working group of Berlin (part of TU lab), known as Smart City Berlin Network is a program that involves the participation of over 100 companies along with a large number of local science and research organisations. The people connected with the network have pledged to create a path that takes Berlin to the peak of leadership in global innovation. The network is working hard in diverting the role of smart technology to development and equitable implementations.

Smart Government – Berlin is bringing in new government norms that will offer business processes to work electronically – facilitating businesses, citizens and others by offering these processes in a more simpler, effective and affordable way.

The IT company Cisco is working together with The Senate Department of Economics and Technology and Research in Berlin to transform Berlin into a smart city. A memorandum signed between them makes it clear that Cisco will be supporting the city in developing the areas of telemedicine, network infrastructure, and security. This move is a part of Cisco’s project ‘Deutschland Digital’ in which the company is preparing to invest $500 million in the city.

The goal is set to expedite the three areas in a manner that will facilitate the citizens of Berlin. This initiative constitutes the creation of a platform in the field of healthcare, where practitioners, specialists, hospitals and emergency unit will be able to exchange valuable data in compliance with permission from individual patients. This will ensure how digital technology can make healthcare more efficient and connected.

As far as security is concerned, the organisations will explore the best possibility to create a digital system that connects the public to emergency services such as fire brigade, police and hospitals for quick communication and faster response. The system will also provide real-time data on weather, environment, and traffic. This will allow citizens to analyse and prepare for forthcoming situations.

Further, in case of network infrastructure, Cisco will help the city build a horizontal infrastructure that is accessible to all the private organisations and the public sector agencies. The network will incorporate security and analytics with direct integration of software into the network.

This initiative will benefit Berlin enormously and open doors to opportunities that will further add to the smart evolution in the city.

Panasonic is joining hands with Germany for the first time with an objective to gear up the city of Berlin through their smart technology expertise. The flagship project that will build up smart homes with connected life is named as ‘future living Berlin’.

The project is taking place in Berlin’s Adlershof district. A complex with 69 smart home apartments is being constructed at the technology base of the district. The residential space will represent the future of modern society that will include families and elderly people in need of care and better living. In addition, 19 boarding house studios are being constructed where the smart home intentions will be assessed.

The residential area under construction phase will be outfitted with solar panels provided by Panasonic and energy storage batteries provided by the city. Besides, Panasonic will supply latest smart home innovations and technology for safety and connected living. It will also provide technology for heating, cooling, and ventilation which will allow the future inhabitants to manage their energy resources individually.

The Adlershof project ‘future living Berlin’ will exemplify how the smart homes of the future can assist in developing a connected community.

Berlin envisions to use the smart innovations intelligently instead of just incorporating the latest technology for the sake of it. It is a matter of enhancing opportunities and livability in Berlin – ramping up the city with a smart environment.