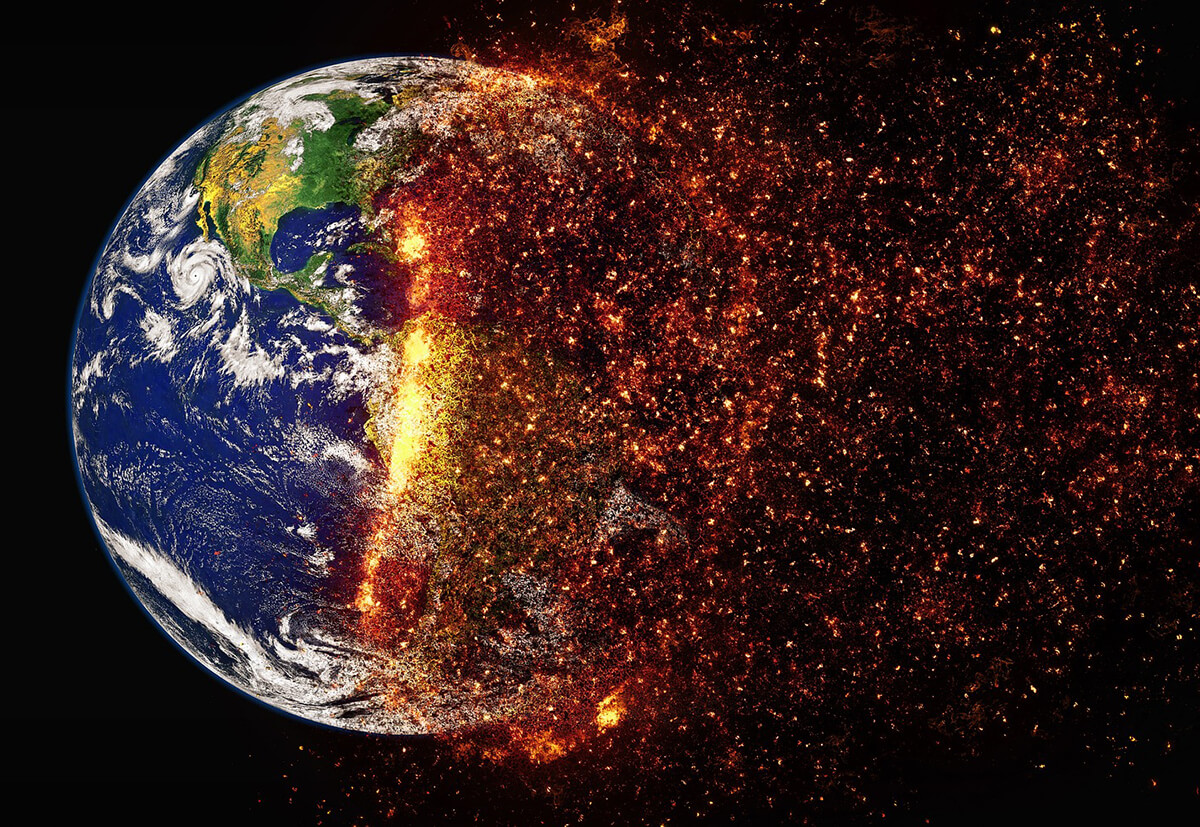 The term ‘Heat Island Effect’ has been around since 19th century when urbanisation gained momentum and towns started emerging into metropolitan cities. Today, the less intensive heat island effect of the past has taken the shape of killer heat waves that have put thousands of lives in the cities at risk. As cities are becoming denser, heat island effect is taking a detrimental shape.

To explain urban heat island (UHI), it is an area in the urban space that is significantly warmer than its surrounding countryside. The temperature difference is higher during nights and more visible when winds are weak.

Nearly 2% of the earth’s land surface occupied by the urban settlement is experiencing a considerable level of heat island effect. The city of New York has recorded the average temperature to be 1-3 degrees higher than the surrounding countryside. As per EPA, the evenings have been 12 degrees warmer.

But the city councils worldwide are paying heed to the increasing levels of heat island by finding out ways to mitigate. Researchers too are playing a significant role in digging out the real UHI challenges and the potential solutions to it.

What Characteristics Of Smart Cities Contribute To UHI Effect?

Buildings, road surfaces, pavements and any other concrete surfaces are some of the major contributors of UHI. In addition, the dense dark surfaces such as bitumen on roads tend to absorb more heat during daytime and release it at night (In 2009, 374 people died in Melbourne, Australia due to a heatwave). Material like asphalt reflects only 4% of the sunlight as opposed to green grassland that reflects 25% of sunlight or white snow that reflects 90% of the sunlight.

Besides these, urbanites’ inclination towards technology including machinery, vehicles, HVAC systems form another line of contributors to UHI.

Can We Mitigate The Effect Of Urban Heat Island? Let us Hear It From The Researchers 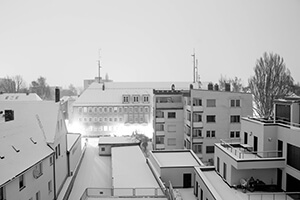 According to a researcher, lighter land surfaces have the potential to reduce temperatures by up to 2 to 3 degree C. A good example is New York, where the application of white roofs has been introduced into its building codes in 2012. People have voluntarily painted around 7 million square feet of tar roofs in the city white. Another example is LA where a program was initiated to paint asphalt road surfaces with light grey paint.

But are there any proven benefits to applying white paint on roofs? Keith Oleson of the National Center for Atmospheric Research in Boulder, Colorado found out that if every roof in large cities around the world were painted white, the reflectivity would increase from a typical 32% to 90% – hence the UHI would come down by one third. This technique is capable to reduce the maximum daytime temperature by an average of 0.6 degrees C and greater in hot regions such as Arabian Peninsula and Brazil.

Another study by Matei Georgescu of Arizona State University revealed that ‘cool roofs’ could bring the temperature down by up to 1.8 degrees in the urban areas like Washington D.C and 1.5 degrees C in California.

One more thing clarified by Oleson was that mitigating UHI by improving reflectivity would not be sufficient to overcome climate change. His findings show that even if every city roofs and pavements are painted white it could postpone the UHI effect by 11 years. Nevertheless, the fact cannot be denied that the potential of lighter surfaces to ward-off the extreme consequences could be life-saving.

The next feasible option is applying green roofs and walls on buildings. In 2016, San Francisco was the first US city to make green roofs mandatory for new constructions. Prior to this, Sydney committed to cover buildings with green roofs and walls accomplishing a target of 100 – One Central Park building on Broadway is one such award-winning example.

The benefits of green roofs and walls are that they indirectly mitigate the effects of UHI by cooling the building and reducing the pressure on HVAC requirements. This, in turn, decreases the amount of waste heat released into the atmosphere.

But which one is better, a white roof or a green roof?

As such, there is no one-side evidence. Georgescu showed white roofs to have a greater direct cooling effect. Vincenzo Costanzo of the University of Reading in England has found similar results for Italian cities. Green roofs may have a different kind of benefits. A research in Adelaide found that green roofs not just have a cooling effect in summers but also serve as insulators to keep buildings warmer in winters.

There is one more option of covering the roads with green. Making roads more porous, allowing the water to seep in and enabling grass to grow can reflect more sunlight and reduce the amount of heat absorbed by roads. 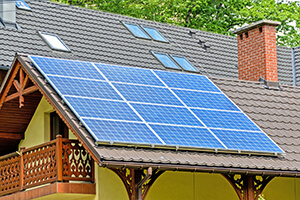 One more significant option is to apply solar panels on roof surfaces. Photovoltaic cells are dark and do not allow most of the sunlight to reflect – that is their business. Subsequently, solar panels can absorb heat and reduce at least daytime temperatures – similar to effects of white roofs as per the study conducted by scientists at the University of New South Wales.

The research showed that solar panels installed across Sydney could bring down the temperature in summers by up to 1 degree C.

So solar panels have a two-fold role to play – reducing the temperature and capturing the solar energy to be used as low-carbon electricity resource.

A very simple solution to tackle the Urban heat island effect is planting of trees to provide more shade. Melbourne city council rolled out an ambitious initiative in 2012 to increase the tree canopy cover from 22% to 40% by growing 3,000 new trees each year.

But again, tree planting has its limitations, says Dr. Simon Toze of CSIRO. Planting cannot happen in the middle of the roads. It may even not happen on a private property. So there are potential issues with the planting of trees. Dr. Simon also gave an example of some US cities that took tree planting to an extreme degree which resulted in women feeling less safe while walking around the streets.

One more approach to dealing with the effect of urban heat island is using different surface materials for roads and pavements. Yet, a lot of factors need to be considered before opting for the right kind of material that can reduce UHI effect.

What Needs To Be Understood?

Every city has a different magnitude of urban heat island effect. Contributors, as well as the potential solutions to it, may significantly vary from city to city. Hence, every smart city needs to develop a tailor-made model to overcome the problem. Like for example, planting trees along the wide roads of Portland may not at all be a feasible option for the narrow streets of Hong Kong. What works for one city may not be as effective for other cities.

This is a fact that climate is changing and that hot cities will become hotter. So it is necessary for the local policymakers to adopt the right option to mitigate UHI. Local geoengineering requirements also call for better management.

NASA Is Set To Enhance Smart City Development With Its Expertise