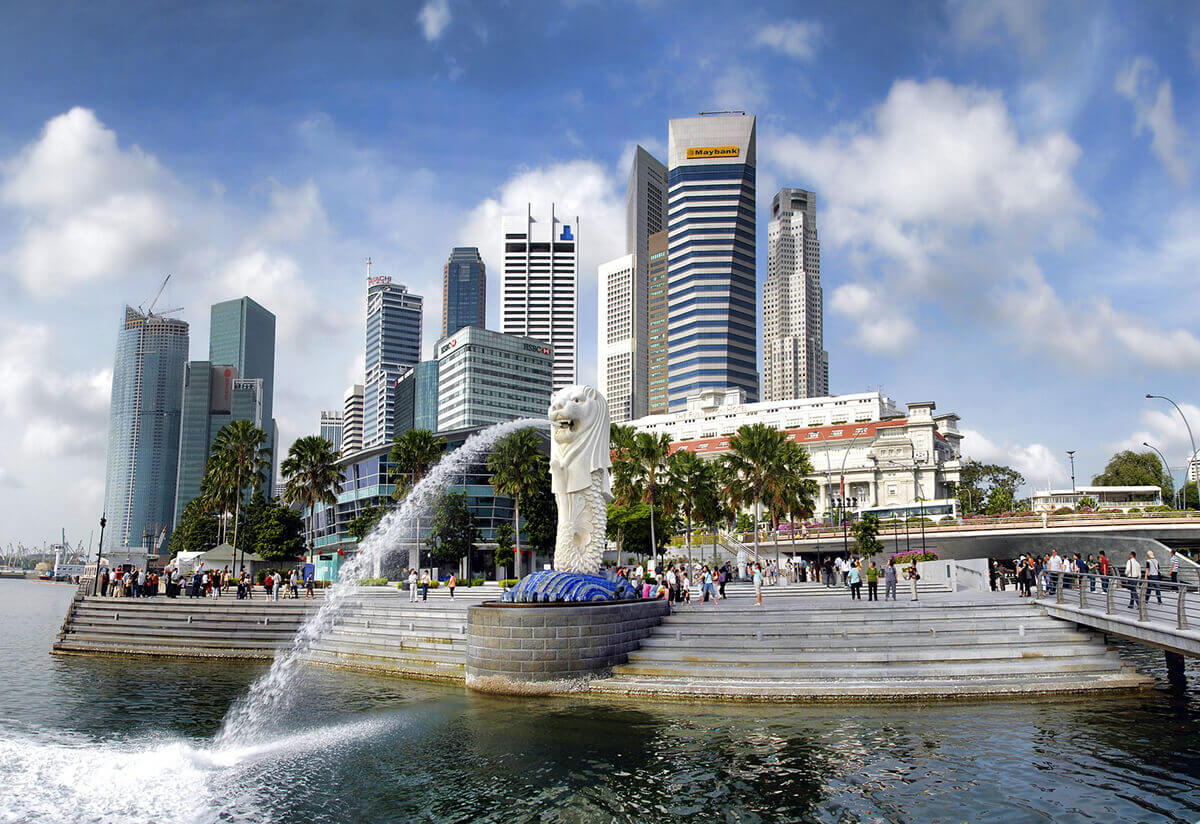 The ‘little red dot’ spotted on the map in Southeast Asia is a 277 square miles metropolis that’s most likely to serve the global level smart cities with its incredible role as a smart city model of future. We are talking about the nation of Singapore that took the implementation of digital technology to the next level long before the debut of many other smart cities across the globe.

Singapore is so seamlessly transforming into a smart urban space that the Singaporeans are already having the pragmatic feel of living a life of the envisioned future. It’s all because of government-led initiatives and citizen-based focus. So, today it’s time to peep into the smart world of Singapore and discover the unbelievable ventures of the nation.

The Bold Initiatives Of Singapore

Just like other smart cities Singapore is constantly accepting challenges to overcome the problems related to sectors of mobility, energy, and population. But one thing which is not so common between Singapore and other smart cities is the availability of revenue and the optimistic willingness within the govt to spend money on something which is yet unexplored and inexperienced.

Until 2008, the city-state was facing a lot of traffic congestion partly due to the parking systems. Therefore, the city came up with an initiative called the ‘Parking Guidance System’. This initiative enables the drivers to get access to the real-time parking availability in a particular area without having to move around in search of parking spaces – which may contribute towards reduction of traffic congestion in the city. The program pays attention to using the already existing parking lots in a more efficient and smart way. The real-time information is put up on the electronic sign displays. For online use the One Monitoring Portal(a comprehensive portal) and a mobile app named MyTransport.SG gives all the information regarding the parking.

Next, Singapore took a step ahead in enhancing the citizen safety and security. The Singapore Police Force initiated a web-based digital police center that allows the citizens to file reports online, get access to required police information and to manage any official tasks such as filing an application for certified copy of police reports and criminal records.

Furthermore, in the energy sector, the lion city deployed a mobile app developed by the local utility company ‘Singapore Power’ that enables the people to analyse their bills, payment updates and offers to submit the meter readings. The app also provides an option to audit home water consumption usage that helps in managing the usage of water wisely. Plus, Singapore’s Intelligent Energy System facilitated the citizens by providing smart meters that allow the people to communicate directly with electricity operator.

In 2015, a smart waste management program was introduced that included the launch of smart waste bins. As a part of the initiative, monitors and sensors were equipped on the lids of the bins that gather information pertaining to waste disposal and transfers the details to the central garbage authority. This system enhances the garbage collection efficiency of the waste collectors who step-up their route plan with the information available from the smart bins.
This variety of initiatives started by the Singapore government have received commendable change that’s transforming the life of Singaporeans unprecedentedly.

In 2014, Singapore launched its ‘Smart Nation’ vision which encompassed the implementation of programs to respond to the urban density, energy sustainability, and transportation. And today, the most advanced high-tech services in the nation are found in its urban transport system. Even the case studies written on Singapore admit that Singapore’s mobility system is one of the best in the world. A huge number of traffic sensors and surveillance cameras have been installed on the roads which help the citizens get access to traffic data. Further, the data provides information on gridlocks, traffic images of major highways, road work under progress, travel time calculator, roadmap, parking info and street directions.

Additionally, the Land Transport Authority(LTA) deployed a monitoring system that connects with the surveillance cameras and checks for any road accidents or incidents. In case of any such incident, the LTA activates vehicle recovery service that hauls the vehicle to the nearest parking spot.

Moreover, the smart nation program which involves a massive network of sensors and cameras, allows the government to keep a watch on the prohibited action taking place around the city. Through the system, the authorities are able to monitor activities ranging from smoking to littering in the prohibited areas.

The gathered data works in coordination with the Virtual Singapore. This real-time simulator will assist the government officials in diverting the route of buses at peak hours, subside gridlocks and reduce the chances of road accidents.

What Is Virtual Singapore?

Singapore is among those cities that is ready to serve as a role model for other cities. The nation aims at making the island of Singapore a testing ground for the technologies of future. Prime Minister Lee Hsien Loong explains what smart Singapore is by saying: “Our vision is for Singapore to be a Smart Nation – a nation where people live meaningful and fulfilled lives, enabled seamlessly by technology, offering exciting opportunities for all. We should see it in our daily living where networks of sensors and smart devices enable us to live sustainably and comfortably.”

In line with the vision of Singapore explained by Prime Minister Lee Hsien Loong, the nation has created a 3d model of virtual Singapore which exactly resembles the real Singapore. It is a digital mapping platform that represents the location of every building in the modern Singapore. In future, it is all set to expand the model by inserting intricate details of the city such as the number of trees, the network of pipelines, cables, and trash chutes. This virtual model will help the government in making effective plans for the future.

In context with the virtual Singapore, George Loh, director at National Research Foundation(Virtual Singapore developer) explains, “these 3D models aren’t simply graphical objects, they have a relationship with the [virtual] environment”. Further, he says, “Because you know [a building’s] dimensions, you can model things on it”.
“For instance, because you know the dimensions of a rooftop, you can calculate its solar potential. You could even model how many solar panels would be needed to power an entire block.”

In future, the government plans to use the Virtual Singapore in rescuing people during natural disasters, epidemics and also the terrorist attacks.

V2X – A Part Of Virtual Singapore

‘Vehicle to everything’, in short, identified as ‘V2X’ is a one-of-its-kind automotive initiative that will unbelievably change the future of transport system in Singapore.

The program is taking shape at the Nanyang Technological University(NTU) where a team of researchers is working along with NXP Semiconductors and ten other automotive and communications companies that are together carving the next generation connected cars.

As the campus of NTU is situated on the western side of the city-state, its spacious capacity has turned into a testbed for innovative technology. It serves as a platform which gives a visualisation of what the smart nation will mean for the drivers and their vehicles.

The V2X program is classified into two parts:

The high-tech talent and readiness to embark new ventures are stimulating the city-state of Singapore to dig up new roads that lead to a green sustainable future.

How Smart Cities can Avoid the Pitfall of Technological Utopianism

Smart cities and sunshine – could Florida be the first fully...