Home America Innovation Is The Name For San Francisco 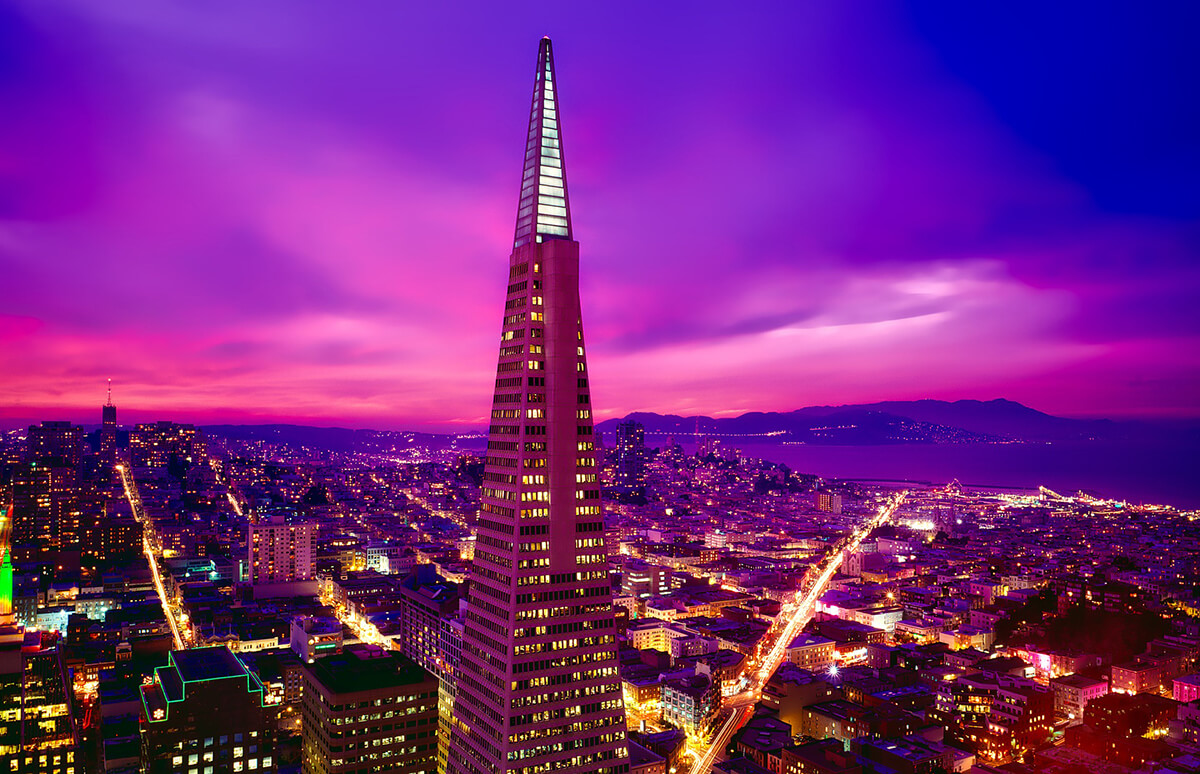 San Francisco, the cradle of innovation and the birthplace of revolutionary tech giants Google, iPhone, and Tesla is one of the foremost cities that have redefined the concept of technology. The city’s attitude remains firmly grounded in giving a spur to ideas that solve the real world challenges.

Having an environment concentrated with technology, the city of San Francisco believes in diverting the role of tech services in enhancing the quality of life for people. Its vision lies in people-centred initiatives and equitable smart city decisions. How this vision is transforming into beneficial reality is discussed ahead.

SF Chapters Of The Green History 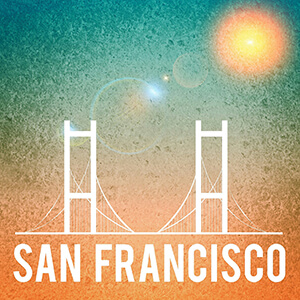 The city and county of San Francisco have years long history that represents the active engagement of the government in cultivating habits that improve the environmental conditions in a smart city. The chronological achievements of the city mentioned below reflect the smart city initiatives advancing in the region:

2005 – United Nation chose San Francisco as the first U.S city for conducting its first environmental summit on ‘The World Environment Day’. During the event, Mayor Gavin Newsom ratified the Urban Environmental Accords that launched San Francisco’s Livable City initiative to bring about a change that will make the city a world leader in green initiatives by 2010.

2006 – San Francisco was the first U.S city to certify the greenhouse emissions bringing in the title of ‘Climate Action Leader’.

The same year in 2007, the city took another step ahead to ban the use of polystyrene foam in local restaurants which was used in disposable food service ware.

2008 – The first 10-year solar rebate program was legislated by the San Francisco Board of Supervisors for residents, nonprofit organisations and businesses. San Francisco was the first U.S city to launch a one-of-its-kind solar rebate program in the region. This initiative gave rise to the largest government-based solar program in the United States.

That very year, Mayor Gavin Newsom approved a green building ordinance that made the newly constructed residential and commercial buildings to abide by the green requirements in the building.

2009 – Mayor Newsom signed another green ordinance on May 15. This included installation of 25,000 solar panels on the rooftop of the Sunset Reservoir(SF’s largest solar reservoir).

The same year on June 10, one more green ordinance was passed which is known as ‘Mandatory Recycling and Composting Ordinance’. This ordinance was laid out to upgrade the waste management activities.

2010 – On July 14, The Northern California Solar Energy Association named San Francisco as the first city of the bay area to install photovoltaic solar technology. At present, there are 2,000 photovoltaic solar panels spread across the city that generate 9 megawatts of pure renewable energy which supplies electricity to 9,000 residences in the region.

April 12, in the same year a people-centred initiative was undertaken that involved the role of GreenFinanceSF. Through this initiative, the homeowners were able to receive loans for the payment of solar panels, energy-efficient appliances, and low-flow toilets. This initiative was taken to increase the renewable resources in homes.

2012 – On February 8 Mayor Edwin M. Lee, California Lieutenant Governor Gavin Newsom, San Francisco Municipal Transportation Agency (SFMTA), Department of the Environment and San Francisco taxi industry leaders declared that the city taxis have surpassed the 2008 goal of subsiding the average greenhouse gas emissions(GHG) by 20% as compared to 1990 levels. In 1990, city taxis on an average emitted 59 tons of GHG emissions every year. But today, the emission levels have dropped down to 30 tons per year which turns out to be a 49% reduction. This was a big deal of accomplishment witnessed by the city.

This is not it. There are ample of other large scale and small scale smart city initiatives and pilot projects that are ready to transform the future of the city.

As seen in the green history, San Francisco has been a leading light in changing the quality of its environmental space. Beginning from 2003, San Francisco pledged to dispose zero waste to landfills and treat no waste with high-temperature destruction. Since then, the city and county of San Francisco have put forward a series of initiatives that include ordinances and regulations that stimulate businesses and residents to reduce and reuse the waste either by recycling process or by compost formation.

In the same year, San Francisco launched one of its innovative projects ‘the Fantastic Three’. Fantastic three corresponds to three different colour waste bins: black for disposing of trash, blue for recycling and green for composting. Moving ahead from there in 2012 the city was already recognised as ‘a global leader in waste management’.

Today, the city follows a “three-pronged approach: enacting strong waste reduction legislation, partnering with a like-minded waste management company and working to create a culture of recycling and composting through incentives and outreach”.

By far, the city has achieved a phenomenal 80% waste diversion rate as opposed to the national average is 35%. Robert Reed of Recology, the employee-owned company that collects and processes San Francisco’s waste is positive towards achieving the goal and says, “San Francisco is still some way short of its 100% target, and the last mile is always the hardest.”

Transport System – A Challenge Yet To Overcome 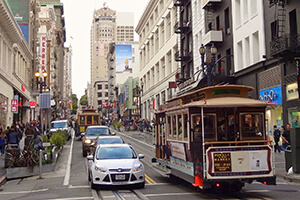 Though there are a lot of people in San Francisco who rely largely on public transport, walking, vehicle sharing and bicycling, still more than 35% of citizens commute through the cars they own. Even today, traffic congestion and increased car population is a matter of concern. Hence, the city and county of SF are focusing on enhancing the transport system to use less space in the coming years.

The prime focus is on sharing. By increasing the options of car sharing, people would not feel the need to own a car, spend money on fuels and the maintenance of the cars they own and even save a lot of time which they need to spend in parking. All the more, the city envisions to develop a sharing transport system that is safe and renewable – convenient and affordable for every class of people.

San Francisco has committed to change the present day state of the transport system which the city calls it as “the power of the 10 percent shift”:

The innovative ideas implemented in the city extend to every dimension of a smart city. Be it big data or free WiFi, eco-friendly strategies or technological innovations, all are paving the way to booming opportunities and flourishing liveability in the innovation capital of San Francisco.

NYC’s Hudson Yards – An Illusionary Equitable Smart City Within A...