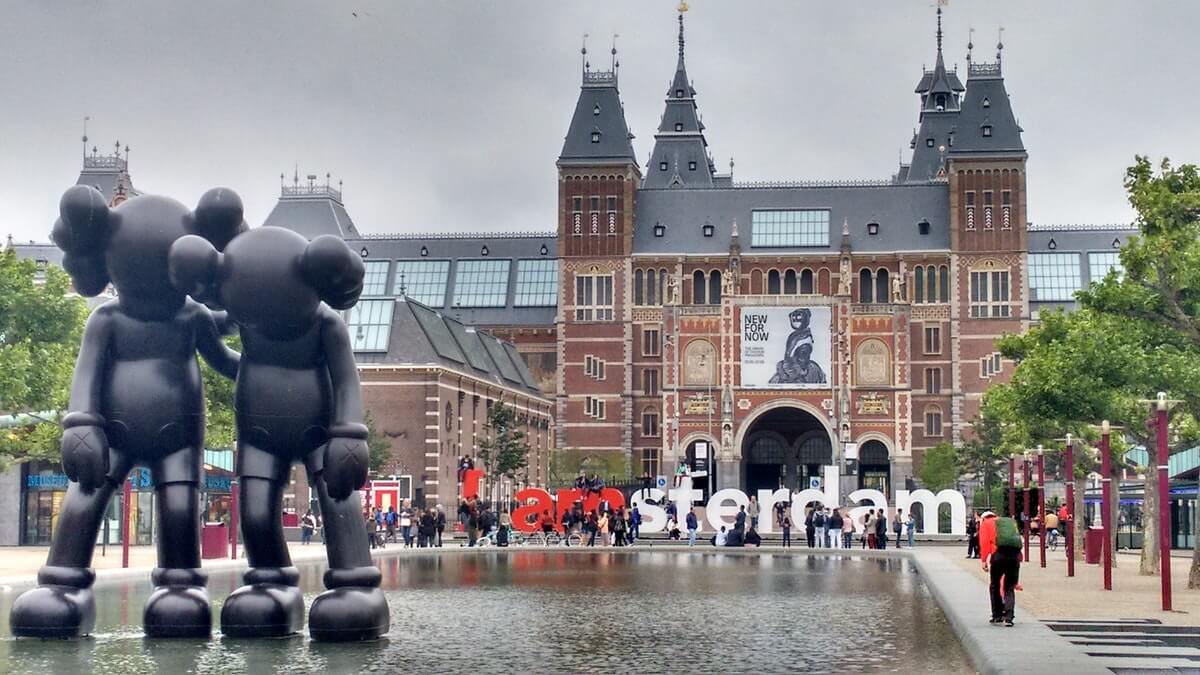 The advancement in artificial intelligence is increasingly unlocking the doors to opportunities, especially for smart city development. The tasks that were once manually performed by humans have been taken over by AI which signifies an era of evolution in technology. Many have an extended opinion that AI could be responsible for an impact on our world that is greater than the Industrial Revolution.

With some factual knowledge from few technologically visible cities across the world, we’ve compiled very useful information regarding AI that’s being the game changer in the smart city trend.

Amsterdam has always been a trailblazer in the technology. Freedom is in its air and everyone and anyone in the city has the opportunity to mould one’s thinking towards technology and artificial intelligence positively.

With that same enthusiasm, Growth Tribe Academy, a specialist in digital growth teaching and skills (through practical courses taught to corporate teams) launched the one and only growth hacking academy in Amsterdam in the year 2015. Later on September 15, 2017, a new AI-based training programme was launched that aims at educating the common man about the machine learning (ML) and artificial intelligence. This is a true opportunity for individuals with zero knowledge about AI and ML.

The newly started initiative is an example of innovation that leads the European Continent. The programme teaches the participants about how companies like Netflix and Amazon make use of AI. It also teaches the students about how AI can be used to make decisions with increased access to information.

The programme has partnered with StartupAmsterdam, Dataiku data science platform and Microsoft.

The deputy Mayor Kajsa Ollongren said that “Growth Tribe shows what education needs to look like in the future,”. I am proud that this leading organisation is committed to narrowing the digital skills gap. This puts Amsterdam on the map as a forerunner in modern education, with a focus on the newest digital skills.”

Furthermore, Hans Bos, the National Technology Officer of Microsoft Netherlands is of the firm opinion that the advancement in digital skills should be highlighted in the field of education. With this Netherlands can keep up with the race. And AI and ML are extremely important for this.

Apart from this initiative, Amsterdam’s academia is working in collaboration with the industrial sector on AI. Two universities of the city are providing joint master’s programme. The Qualcomm-QUVA lab, UvA-Bosch Delta lab, Amlab, ILPS and Intelligent Sensory Information Systems are examples of academic labs working together with industries. The Amsterdam Science Park is the hub of innovation where academia carries out research with businesses.

On 11 and 12 October, Amsterdam witnessed the world’s largest applied AI conference called the World Summit AI. Approximately 200 speakers from companies that apply artificial intelligence in their daily operations such as Apple, Uber, NASA, IBM Watson and the United Nations participated in the summit.

There is one city in China that’s actually showing the world the glimpse of real future with artificial intelligence. If you just want to know how artificial intelligence can alter the infrastructural systems on the run, step into the City of Hangzhou. Over 9 million people dwell in the city and apparently, everybody’s movements are tracked by AI and captured in the database.

IN 2016, Government of Hangzhou rolled out a project known as ‘City Brain” in close collaboration with Alibaba and Foxconn. From then on, AI is taking care of every byte of data where it is possible.

As part of the project, every individual was tracked while active on social media, shopping, moving around the city and commuting. All these activities were absorbed by AI in the database to make real time decisions.

Eventually, AI was given space to expand a neural network across the city. Water supply, the number of the crowds (in exceptional areas) were also gathered in the database. Subsequently, AI made a ground existence among the city dwellers.

When it comes to the results, according to New Scientist the project has seen a tremendous success with criminal activities, road accidents and traffic congestion all gone down.

The City Brain not only alerts the authorities during emergency and crisis it also alerts citizens against adverse weather conditions and increasing traffic congestion in real time through mobile applications. Moreover, the AI-powered tools help people in predicting future situations about streets and commutes.

And as far as the consent from citizens for the use of personal data is concerned, Xian-Sheng Hua, an AI manager at Alibaba says, “in China, people have less concern with privacy, which allows us to move faster.”

This project clearly shows that China can become that region where unimaginably ambitious initiatives can be put to a test.

With a great deal of success received, the use of AI on such a platform is spreading in other cities of China. With the difference in use of data, other cities around the world can give a try at such a level.

Hong Kong is another place that’s getting artificial intelligence to work for the city. The city is constantly augmenting the use of AI in different government and public sectors. Being one of the most densely populated state of the world its welcoming the application of AI and ML with great challenges.

Still in the evolutionary process, Hong Kong is experiencing a transitional period with the use of AI spreading in the city step by step.

Hong Kong Government is all set to make bigger plans with AI that will change the way people live and the way cities operate. There are many more cities in the world following the trend with some permutations and combinations here and there matching the city-specific needs.

How Is Dubai Re-inventing The Defence System For A Happy Living?