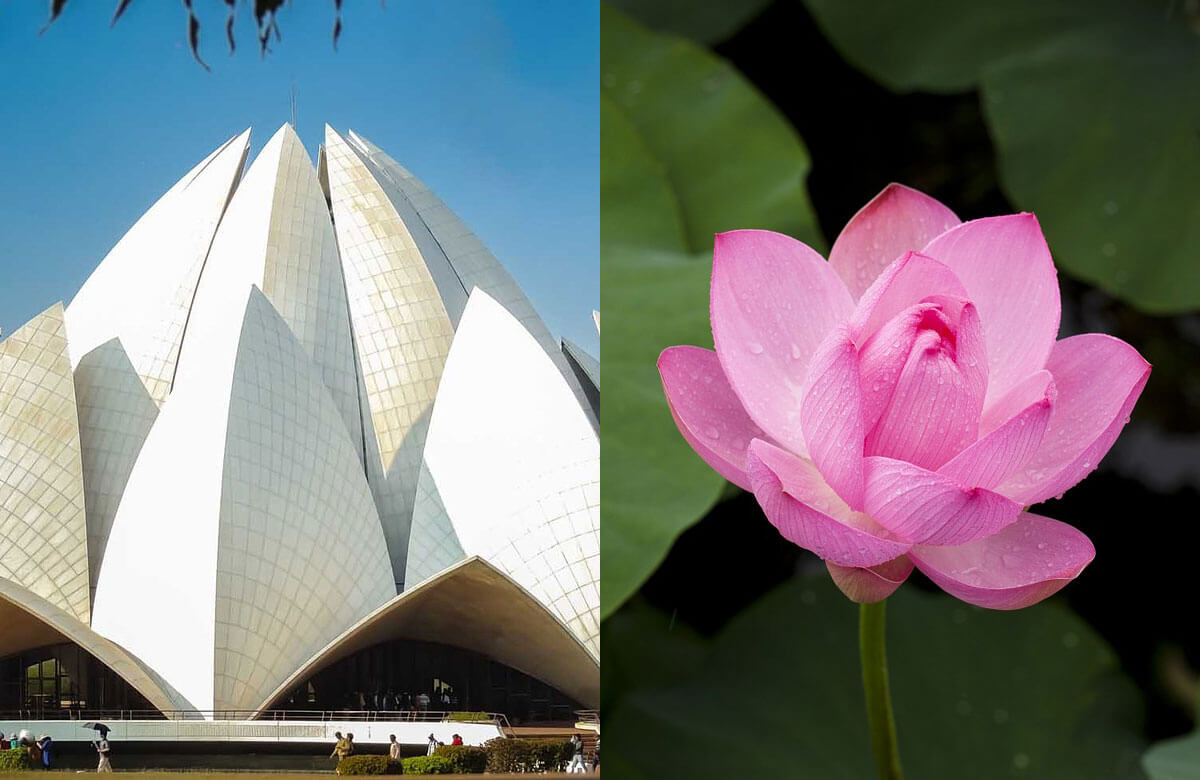 The latest innovations of nature are ideal for humans to emulate as they have passed the test of times and today prove to be the fittest when the failures remain fossils.

Singapore’s spiralling Helix Bridge inspired by the double helix structure of DNA molecule to India’s Lotus Temple that is regarded as architecture wonders set an example of man’s relationship with nature. More pertinently, such architectural designs discover the extent to which humans can incorporate natural designs into concrete structures of the urban space.

However, such innovations are less likely to address the massive sustainability problems that we have created for the generations to come. So, how about having a more intricate look into the nature that surrounds us? Fortunately, over time, nature has created incredibly complex ecosystems on earth that have solved many problems we are still struggling with. From microbes to moulds and plants to animals, all in their own way are consummate engineers who have constructed environments suitable to their needs – secret to survival. These spectacular natural wonders could be the answers to our global sustainability problems what we today refer to as the field of biomimicry. Some of the progressive architects, designers, and urban planners have proved this to be true, as more and more research on biomimicry continues.

Designs That Took Inspiration From Nature 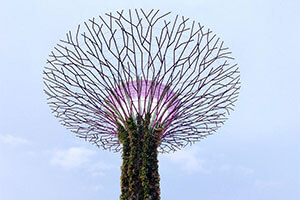 Dr. Cheryl Deshae, lecturer in sustainable development, at the Queensland University of Technology envisions a future in which urban settings are more like natural environments that are functional, sustainable, resilient and protective against the adverse conditions including pollution, global warming, and viruses. Yet, humans are in their infancy when nature has gone much ahead of us. “Underwater there are creatures that even without solar energy, are able to glow. And we are still talking about light bulbs.”

But fortunately, the era of innovation that functions with nature has commenced. Some of the examples discussed here justify its existence.

The Edge – Deloitte Office in the Netherlands

The Deloitte’s office building in the Netherlands is an example of smart architecture that showcases many innovations. The building is powered by super-efficient LED panels that need such low amounts of electricity that they run on the same cables that carry internet data. The panels are also equipped with sensors for motion, temperature, humidity, and light. More importantly, the building is integrated with a digital ceiling that wires the office just like the brain’s synapses.

The city council’s headquarters in Melbourne is a perfect example inspired by the process of biomimicry. The building is cooled using salt and its characteristics. The ceiling panels are cooled by water supplied by huge tanks that contain 10,000 stainless steel balls filled with a salt suspension that freezes at 16℃. The ice-cold salt balls chill the water and then circulate it to the panels when cooling is required. The water comes back to the tank with its temperature 3℃ warmer. The heat from the warmer water is absorbed by the salt which returns to the liquid phase, collectively working as a thermal storage battery.

The design of the Eastgate building is provided by the same architect who designed CH2 in Melbourne. This design was inspired by the way ants cool their mounds. Ants, which are regarded as highly socialized creatures, build porous mounds that enable cool air to enter and circulate within the structure. As the air inside warms, it ascends and leaves the mound through a central chimney. A similar design has been incorporated in the Eastgate building where passive air cooling system is introduced with side channels and a vertical tunnel that allows the hot air to rise and exit via a convection current.

The engineering firm Arup designed an entire shopping centre in Zimbabwe using the natural convection system followed by the infamous termites who create some of the most elaborate ventilation systems for cooling on the earth. Exceptionally, these termites are able to keep their mounds cool even in some of the hottest places. At present, this system introduced in the shopping centre uses 10% less energy than the conventional air-conditioners.

A recruitment company in Tokyo called Pasona Group has enriched the building with urban farming facilities. It has introduced Hydroponic systems as well as soil-based farming of over 200 species of vegetables and rice, grown and harvested for their office cafeteria. It also has tomato vines suspended above conference tables and lemon trees grown in between the desks, forming the partitions.

Not just the urban architecture, but even a great number of modern inventions made by man are inspired by the living creatures’ vivid characteristics to adapt to nature. One of the best examples is the bullet trains front design. Initially, when the bullet train was designed, the Japanese engineers embarked on upgrading the high-speed bullet trains. Unfortunately, they faced a challenge where the train ran up to the desired speed but made an immense amount of noise while displacing the air ahead of the trains. This often caused structural damage to tunnels where the trains created a loud shock wave called ‘tunnel boom’.

After finding out the key problem, that was the trains blunt front nose cap, the team realised they would need a more streamlined nose to mitigate the tunnel boom. Eventually, the engineers modelled the front nose after the Kingfisher bird’s beak that allows the bird to dive into the water to hunt while making a minimal sound of the splash. Thanks to the creations of nature, new model trains were able to run without making any tunnel booms and were 10% faster and consumed 15% less electricity.

Constructing The Buildings Of Future Using Artificial Bones and Eggshells 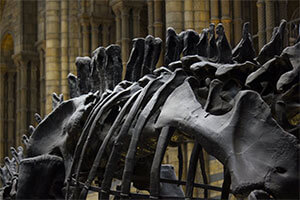 Michelle Oyen, a bioengineer at the Cambridge University is working on developing samples of artificial bones and eggshells. Although the samples are few centimetres long, Oyen hopes this idea will one day help us construct high-rises that emulate the skeletal structures of vertebrates.

This might change into a reality after a few decades, as scientists like Oyen attempt to innovate, understanding the natural processes of nature.

Oyen is working on creating artificial bones that resemble the natural bones. These can be used as more sustainable building materials against concrete and steel that account for as much as 10% of global carbon emissions. On the contrary, the natural materials are made at room temperature and consume a negligible amount of energy proving to be more sustainable.

In addition, bones are stronger than steel on a per-weight basis and eggshells are hard to crack open and even lightweight. This is due to the composition of minerals and proteins which make bones stiff and resistant to breaking.

As a part of her experiment, Oyen uses minerals to template into commercial gelatin which is a byproduct of the natural protein collagen. This is followed by replacing the gelatin with a polymer that is as sturdy as the real human bone. Oyen reveals that they have been performing a very “literal-interpretation bone biomimicry.”

Witnessing the awe-inspiring urban innovations that can bestow are smart cities with the much-needed ingredient of sustainability, we can take the natural models of our planet as the blueprints to develop and plan our smart cities – the essence of biomimicry.

How the Construction Industry Can Prioritize Sustainability in 2022

The Role of Green Spaces in Smart Cities

Peep Into The Worlds Building Smart Cities In Deserts