Home Europe Barcelona Could Be The World’s Leading City With The Extensive Use Of... 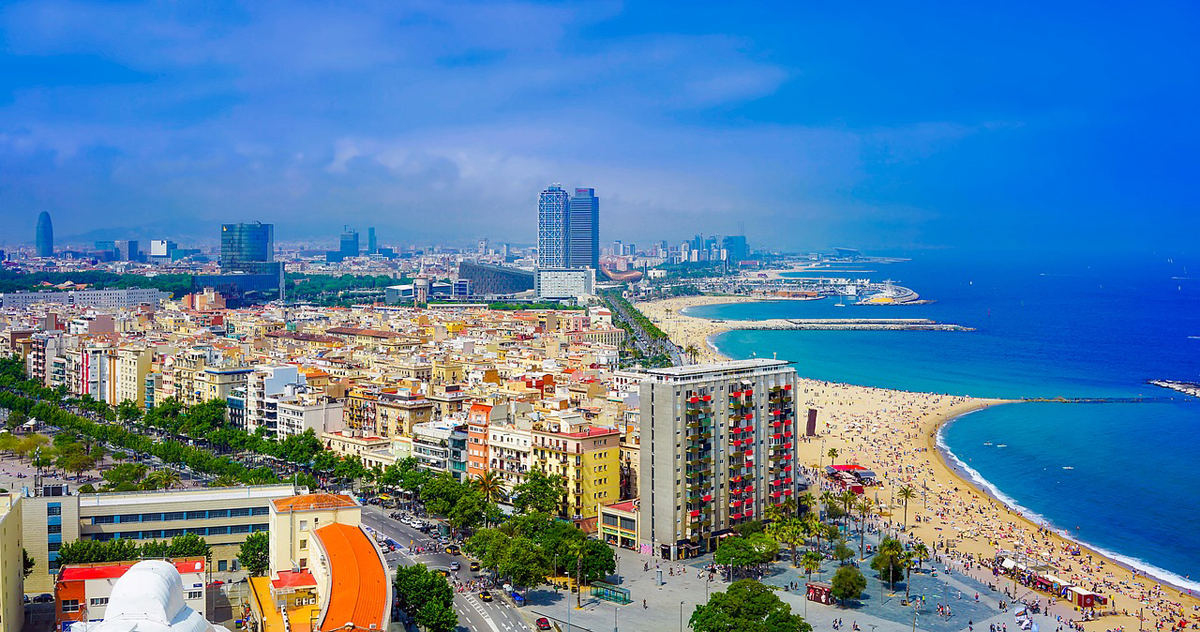 After Melbourne, the next smart city on the list is the Catalonian capital of Spain. Yes, the city which galvanised the world with its pioneering role in low-carbon solutions. It is none other than Barcelona! It is the first city ever to introduce a solar thermal ordinance in the past decade. And so, the city was named as the European Capital Of Innovation in 2014 by EU.

The Smart Barcelona’s mantra is “to become a self-sufficient city of productive neighborhoods at human speed, inside a hyper-connected zero emissions metropolitan area”. It’s time to learn more about the low-carbon city in detail.

Western cities have done a better job of integrating technology into their infrastructure than the new wave of Asian smart cities, says Jason Pomeroy

Jason Pomeroy is a Singapore-based architect who designed Asia’s first zero carbon house. Along with being an architect, he is also a television presenter who recently visited eight different cities for the television series Smart Cities 2.0. One among the eight cities was Barcelona.

According to Pomeroy, Barcelona is a city that demonstrates that significance of technology lies in the satisfaction of the citizens. It is important that when a technology is put into practice by the government, it must be welcomed and celebrated by the people. One such explicit example is the establishment of Fab labs in the city – an open space that encourages people to become entrepreneurial.

Cities like Barcelona come to terms with an approach which is neither top-down nor bottom-up. In fact it is a wise combination of both. The city sets up policies and initiatives considering the choice of people. Next, how it works out the ideas is a cooperative effort between the government, public, academia and the multinational companies.

At the time of recession in 2008, Barcelona was hit badly with the financial crises. But, in the whole of Spain, it was the first city to rapidly recoup the losses. The city turned to technology to reduce the consumption of energy in different areas such as water, electricity, general operations, and management. The government thought that if they use technology in this manner and invite MNCs to use the city as a living lab to test their new innovations in software and hardware, they’ll be able to recover.

In this context, Pomeroy said, “Now, the natural thing with these technology systems is that sometimes they work and sometimes they fail, and when they fail they do so very publicly”. Barcelona faced a repercussion from the people against the technology. Nevertheless, this gave rise to a new wave of smartness in Barcelona. The government began to engage in looking for the social and cultural needs of the Barcelonians. A successful attempt was made to reduce environmental pollution, traffic congestion and constructing public open spaces. A more creative attempt was made when Fab labs were introduced. Fab labs give an opportunity to the people to become more innovative and creative. The technology was handed over to people and given a chance to create things for themselves. With the introduction of fab labs in Barcelona, a new wave of the entrepreneurial economy came to life. “That for me represents the layering of a smart city”, says Pomeroy.

A Global Transformation In Barcelona

After the hard times of recession in 2008, Barcelona deployed technology in transforming the city into a data-driven, smart urban space. From 2011 to 2015, Xavier Trias was the Mayor of Barcelona. He operated a platform of technological innovation in the city. He built a team, Smart City Barcelona to identify the opportunities lying ahead in enhancing the smart services to improve liveability and quality of life for people and businesses. Along the lines, the team recognised 12 areas for improvement which include water, energy, waste, transportation, open government etc. In total, 22 programs were launched which encircled 83 smart urban projects.

Some of the most noteworthy projects are discussed below.

In this matter, Barcelona had a far-reaching advantage. Around three decades ago, the city had laid a 500 km long extensive network of fiber optic cable that connected two municipal buildings within the city limits. Today, this fiber network forms the solid foundation of IoT while providing 90% of fibre to home coverage.

The fibre network is functioning as a direct link for internet connection to serve the Barcelonians and the visitors. Due to the fact, the city is able to make provisions for WiFi hotspots. Till date 672 WiFi hotspots are found in the city within a distance of 100 metres. Since then, the WiFi users in the city have increased enormously.

Smart Meters
Furthermore, Barcelona used this fiber system to work up individual IoT systems across diverse urban utilities. The city installed 19,500 smart meters across the city to increase energy efficiency. These meters keep a check on and optimise energy consumption.

Smart Bins
Similarly, smart waste bins were provided for household waste management. The sensors outfitted in the bins monitor waste levels and maximise the efficiency of waste collection. On the same grounds, the city is planning to enhance the sensors on account of managing hazardous waste materials.

On one hand, the transport system in Barcelona encourages bike sharing and advancement in electric cars. On the other hand, the government is making huge investments in improving bus transport and parking systems. New digital bus stops have been constructed that make the waiting at the bus stop less boring and more interesting. The bus stops have been equipped to provide updates on bus location, free WiFi, USB charging and tools to download apps that help commuters know more about the city.

Smart Parking
Statistical analysis reveal that 40% of traffic including gridlocks in the city centre are caused due to drivers looking for parking spaces. This extreme inertial condition results in increased congestion, carbon emissions and noise pollution in public places. To overcome this problem, Barcelona put up display panels and installed sensors in the parking areas which can detect the availability of an empty parking space for the vehicle. The sensors direct the vehicles to open parking space which has greatly reduced traffic congestion along with carbon emissions. Moreover, a mobile app known as ApparkB helps the drivers in locating free parking space and also helps in making online payments for parking.

Smart Street Lighting
Brightening the street lights with LED technology came into force in 2012. These smart street lamps get activated only when it senses a passerby. Besides, the street lights are embedded with sensors that detect air quality, rain and humidity – this information is relayed to the authority as well as the public. This smart movement has been successful in saving energy by 30%.

Smart Green Parks
IoT has also been deployed in the city parks via the installation of sensors. These sensors remotely sense the humidity levels and rain which allow the park workers to determine how much water is needed to irrigate the park. These sensors help in regulating the park irrigation and water levels in fountains, hence conserving energy and water. This integrated technology was implemented in 68 parks across the city which helped in conserving water by 25%. Owing to this IoT program, $555,000 were saved per year.

How IoT has helped Barcelona Achieve The Smart City Goal?

Altogether, these integrated systems produce data that aids the city in improving managerial operations and hence the living condition. The Catalonian capital’s IoT network is relayed through an open source platform ‘Sentilo’ that was initially designed for the city and now is available to access by other governments. The platform helps in managing the city data and sharing it with the citizens and workers.

The improvements witnessed through the implementation of IoT program across the city have led to financial benefits, reduction in energy consumption and water, reduced carbon emissions and environmental pollution. Barcelona estimates show that the introduction of IoT system has helped in saving $58 million on water, enhanced parking revenue by $50 million per year and gave rise to 47,000 new jobs. Even more, smart lighting saved the city $37 million in a year.

Barcelona’s every smart city move has improved the infrastructure of the city distinctively and helped people live a better life. The Spanish city has proved its potential in giving a new shape to urban space for a sustainable future. Who knows, it could be the world’s leading smart city in the future!

What’s next is worth waiting! Read about the next smart city on the list in the coming up blog.

How to Be More Eco-Friendly and Sustainable in 2023

Easy and Effective Ways to Save Water at Home

Water Conservation
Today, many parts of the world are facing a horrible water crisis. Australia is historically struggling with...