‘Artificial Intelligence’ – when those two words enter my conscious mind, it excites my imagination leaving me pondering on how will the world look like in future? Will it look like the world we desire or will it erratically transform into an empire dominated by artificial intelligence? Or probably look like a planet overpowered by aliens? We cannot ignore what the elite scientists of 21st century think about AI.

Stephen Hawking said to BBC – “The development of full artificial intelligence could spell the end of the human race….It would take off on its own, and re-design itself at an ever increasing rate. Humans, who are limited by slow biological evolution, couldn’t compete, and would be superseded”.

But just like every next step in our daily lives has an advantage and a risk lying beneath, artificial intelligence is no exception. We cannot stop advancing with making a sustainable future for human race which is taking shape in the form of smart cities just because of the risks related to artificial intelligence. That’s the positive side of life! And more specifically, we shouldn’t forget the fact that human is the sole creator of AI. So, going with the reality let’s get familiarised with artificial intelligence and penetrate in its veins so that we can build a human-centred smart world.

The term ‘Artificial Intelligence’ was coined by John McCarthy in 1956 while demonstrating the first operating AI program at Carnegie Mellon University. And due to the fact, he is acknowledged as the ‘father of AI’. According to him, artificial intelligence is, “The science and engineering of making intelligent machines, especially intelligent computer programs”.

What Exactly Is Artificial Intelligence? 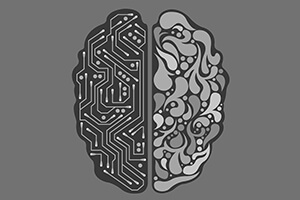 Artificial intelligence is the way in which a computer or any other digital device is made in order to capture, understand, analyse and solve just like the human brain does. The working capability of AI is accomplished by studying the different aspects of human brain such as thinking, learning, decision-making, problem-solving and reasoning. And the basis is used in creating an intelligent system or software that mimics the human brain.

The science of artificial intelligence comes from the understanding of interdisciplinary fields which include Computer Science, Mathematics, Engineering, Biology, Psychology, and Linguistics. These fields together give birth to an intelligently working software system known as AI.

The computer that is integrated with multiple functions and can perform complex mathematical calculations, learning, reasoning and problem solving fall in the AI category. In simple words, artificial intelligence is a thing which can perform any task that includes cognitive functions.

In the 21st century, artificial intelligence is seeing rapid transition by becoming the most vital part of technology science. Today, they are available in the form of cameras, sensors, robots, and analytics systems working and reacting at exponential speeds undoable by the human brain.

AI cannot be pinned down as it is a broad concept which is open to unprecedented progress and can be classified under various categories and subcategories. However, the concept can be divided into three major categories to have a clear understanding.

This type of AI is also regarded as ‘Narrow AI’ as its ability is confined to focus only on a single task or operation. Weak AI does not possess self-awareness and is devoid of authentic intelligence like the human brain.

For example, iOS Siri is categorised under weak AI where multiple weak functions are integrated together to perform a lot of things for the user.

A more advanced type is the strong AI which is also called as the true AI that reflects smartness just like the human brain. This type is able to carry out operations just like human beings.

Take the example of a robot where human intelligence is feeded into its computerised system. Constant research is going on in this field to gain better results. Nevertheless, there is always room for extensive research which is still wanting. 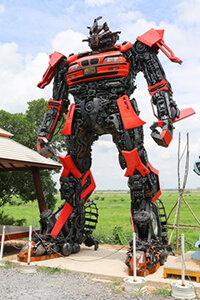 Now you might be thinking if robots fall into the strong AI category what could be in the Super AI category? Well, this is the category which Stephen Hawking and other veteran scientists are concerned about and relates it to the possibilities of human extinction.

That’s because this kind of intelligence is practically smarter than the smartest human brain in every field which comprises general wisdom, social skills, and scientific creativity. Take the example of highly advanced robots that possess intelligence far beyond the imagination of a human brain.

The booming smart city initiatives across the world are based on data recovered from different sectors such as government, transportation, environment, economy, industries, education, energy, and water. By 2018, the number of devices (to gather data) installed in the smart cities will reach 3.3 billion. And to build sustainable and resilient policies for the cities it is crucial to understand the current state of each sector – how people work, how many vehicles are on the road at peak hours, how much energy is consumed by a household, what is the crime rate of the city and many many more questions that need to be answered. This is possible only through gathering structured, unstructured data, analysing it, identifying patterns through reasons and giving substantial results for different challenges. Thus, artificial intelligence is the ultimate solution to giving that substantial result.

Perception of People Towards AI

ARM commissioned a new global survey on people’s attitude towards AI. The survey shows to what extent humans can build a relationship of trust with the AI. The respondents were those who have the basic knowledge of AI. Findings indicate that human will develop an emotional connection with AI-powered devices in the future. The results of the survey are as follows:

The survey gives mixed reviews from different respondents. But one thing that’s clear is people believe that artificial intelligence is going to have a huge impact on everybody’s life. In point of fact, some of them agree that AI already has a great influence on their daily lives. Good thing is, more percentage of people are optimistic towards having a good rapport with AI in future.

AI is definitely important for the holistic development of smart cities. If cities work cautiously and shrewdly towards deploying the AI, we can certainly have a sustainable human-centred world we desire. Wouldn’t it be better if we make AI as the reacting hormone and keep the brains with us?