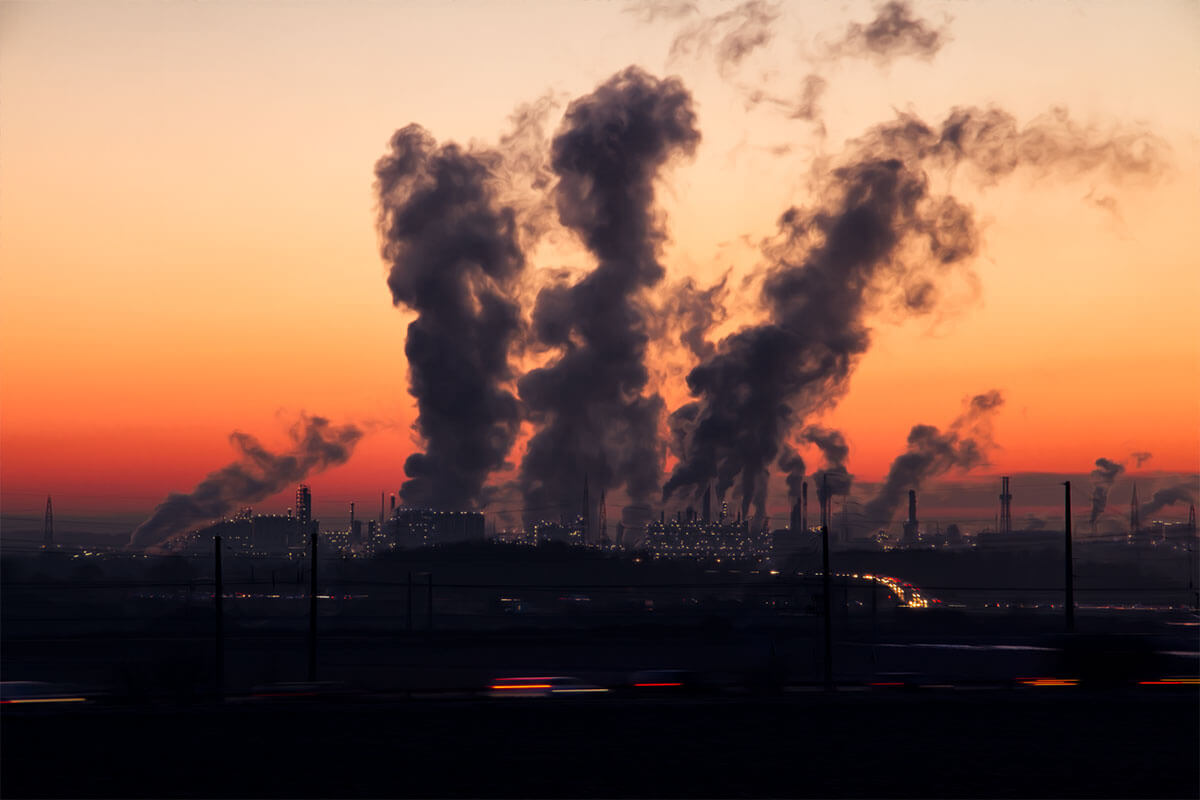 Have you ever tried to peep out of the window early morning just to find a hazy atmosphere that obscures your view of enjoying the beauty of nature? Well, that has become a common sight in many popular metropolitan cities of the world.

It is all because of smog – air pollution that is a notorious blend of smoke and fog that covers the atmosphere with nitrogen oxides, sulphur oxides, ozone, smoke, dirt particles, and Chlorofluorocarbons (CFCs). For the first time, the word ‘smog’ was used in London in the early 1900s to define the hazy mixture of smoke and sulfur dioxide produced by the combustion of huge amounts of coal.

Today, most of the credit goes to the fossil fuels emission from automobiles, factories, power plants, forest, and agricultural fires that comprise particulate matter that reacts with sunlight to produce photochemical smog.

What Does Research Have To Say About Air Pollution? 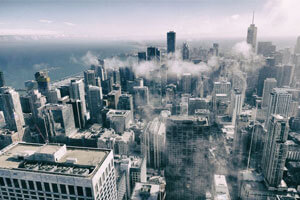 Although the hazardous effects of smog are not visible by the naked eye, as per records, it is responsible for 400,000 deaths in Europe alone and 1 out of 10 premature deaths in the world. While the most affected among the population are youngsters, a 100-unit increase in the particulate matter can result in a decrease of 2.3 years of life expectancy among the children by age of five.

Sustainable energy engine of Europe known as InnoEnergy conducted a research unveiling that Europe can save €183 billion by embracing innovative technologies to reduce smog in the coming seven years. The report entitled as ‘Clean Air Challenge’ emphasized that concrete solutions, heating solutions, and innovative transit system could shield European citizens from the impact of air pollution. The research was conducted in association with Deloitte and backed by European Institute of Innovation and Technology (EIT).

Even though the report talks about the challenges and solutions for the European countries, the situation is not so different in other parts of the world – or maybe worse.

3M has created innovative granules in roof shingles that can use sunlight to convert smog into water-soluble ions thereby actively reducing air pollution. 3M is an American multinational conglomerate company working in the areas of industry, consumer goods, and healthcare.

The new product from 3M is not a filter or an industrial monitor, but it is a granule that is used while manufacturing roof shingles. When the granules in the shingles are exposed to ultraviolet sunlight, they produce “radicals” that convert nitrogen oxide into a substance that washes away with rain rather than polluting the air.

As a matter of fact, commercial buildings have sustainable solutions (from 3M) to combat smog like green roofs with rooftop gardens and solar-reflective granules. But for residential buildings, the solutions have not been nearly as tangible, hence this is the first time a smog-reducing product has been created to target the residential homes – categorised under 3M’s industrial mineral products unit.

According to Frank Klink, Senior Laboratory Manager at 3M, the smart solution to reduce smog can help cities in moving towards the emission reduction goals.

3M began manufacturing granules in the 1930s, and today it stands as one of the largest roof material suppliers in the US. It supplies the products to well-known companies such as Owens Corning, Certain Teed, Atlas Roofing, and Malarkey Roofing. Over a period of several years, the company has developed environmental friendly solutions like films that fight roof algae and heat reflective granules for cool roofs.

The innovative roof granules were sent for evaluation to Lawrence Berkeley National Laboratory to determine the efficacy of the smog-eating technology. The lab checked the product by using gasses in a reaction chamber, recording the nitrogen oxide concentrations in real-time – before, during and after being exposed to UV light. The testing confirmed that the photocatalytic materials from 3M were efficient enough in reducing the smog and adding to air purification.

3M envisions the new technology deployed into the mainstream roofing materials as a big step ahead in battling the air quality and air challenges.

Los Angeles recently passed a mandatory regulation of constructing all new home roofs only with environmentally friendly products. Los Angeles is one of those smart cities that are facing intensely smoggy atmosphere while battling against it.

Malarkey Roofing, an Oregon based company is the first customer of 3M that has blended the anti-smog granules onto its shingles. Now, Malarkey manufactures roofing systems only with smog-reducing technology. The new mandates in Los Angeles encouraged Malarkey to start the company in the city following the course in other US cities such as Portland, Oklahoma City later in the near future.
Salt Lake City, Phoenix, Austin in Texas and San Antonio are all suffering the smog-related problems and so the Malarkey CEO Jim Fagan hopes the product will be popular soon.

Despite the visible advantages, the smog-eating granules have a downside of higher costs compared to other varieties. However, even a 5% incorporation of the product in one shingle is enough to bestow the roof with the air purifying power equal to three trees. So, it is a simple concept taking small steps to achieve a big change.

Examples Of Buildings That Eat Smog

The hospital has a 100-yard-long facade that is constructed with tiles that exhibit capabilities to cleanse the air. The special tiles innovated by Berlin-based architecture company Elegant Embellishments are smeared with titanium oxide that acts as a catalyst after being activated by sunlight. In other words, when the tiles are hit by UV rays, a reaction takes place that converts mono-nitrogen oxides from the smog into less harmful substances such as calcium nitrate (a type of salt) and water – with negligible amounts of carbon dioxide.

The architects do not boast of solving a citywide problem, but they genuinely hope to encourage others to build environmentally friendly structures. The hospital building is able to neutralise the effect of 1000 cars in Mexico City out of 5.5 million and is able to provide slightly fresh air around the hospital premises.

Another worth mentioning example is Palazzo Italia which made its maiden appearance at the 2015 World Fair in Milan. This is the first building constructed with a material that aids in scrubbing the air.

Palazzo Italia was designed by Nemesi architects for the Milan Expo 2015. Initially, the novel-looking building was used as the premier exhibition centre for the event but now it is being used as a Human Technopole research centre.

The facade of the building is constructed with a mixture of cement and titanium and oxide that trap nitrogen oxide from the smog and convert it into harmless salts that wash off during rains.
Additionally, the building consumes 40% less energy compared to other conventional buildings and emits zero air-polluting particles.

There are many other groundbreaking solutions surfacing as a great opportunity to reduce air pollutions such as pavement turned into air-purifying tools. We hope to see more such innovations in the future – and uber importantly being sustainably implemented across the smart cities of the world.